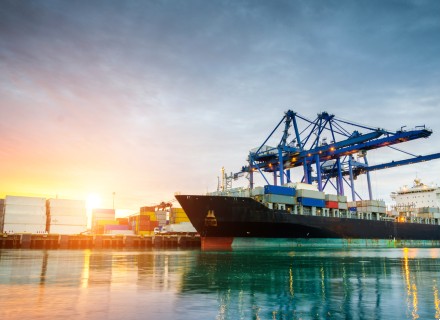 Egypt has planned to upgrade its seaports at the Red Sea and the Mediterranean sea to boost international trade and the entire project is estimated to be around $4 billion and covers 58 projects. At the same time, Egypt aims to become a logistics hub in the Middle East and Africa, according to media reports.

Egypt is known for its important seaports at the Mediterranean Sea, including Alexandria, Daqahilia, Damietta, Arish, Said, and East Port Said. Along with these, the port of Jarjoub is all set to become functional shortly.

Mona Sobhy, professor of economic geography and transportation with the Al-Azhar University in Cairo told the media, “The plan aims to boost the competitiveness of Egypt’s ports, create added value, lure investments, and activate the flow of importation and exportation. Egypt also owns important ports on the Red Sea, such as the ports of Ain al-Sokhna, Suez, Safaga, and Nuweiba, in addition to the specialised tourist and petroleum ports.”

The new plan is expected to wrap up by 2024. Many works have been done to upgrade the seaports, including building berths, trading yards, new wharves, commercial and logistical areas, dredging shipping lanes and port docks, and linking them to the railways’ electric train network.

Shortly, Egypt plans to link the ports and industrial areas in the Sinai Peninsula with the northwestern Gulf of Suez so that they can provide logistic services for the ships from inside the port itself. The new port strategy of the country also includes plans to improve the efficiency of the docks, better technology to improve the infrastructure and make logistics an important factor.