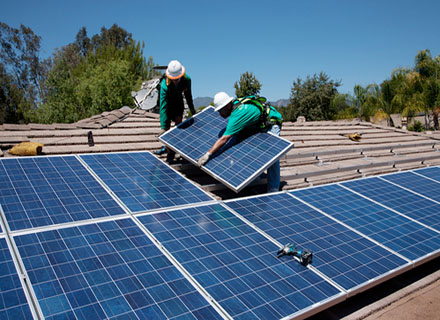 Spain-based EDP Renovaveis (EDPR) has recently purchased a 28 megawatt (MW) solar plant from China’s Trina Solar in Vietnam, according to the media. The announcement of the acquisition was made by the Portugal energy giant EDP, which is also the majority owner of EDPR. The deal marks the entry of EDPR into the Vietnamese market with a value of $36 million.

Trung Son photovoltaic (PV) farm is located at Khanh Hoa province and has been operational since December 2020. The capacity of the farm in direct current (DC) amounts to 35 MW. The output of the plant is sold to the state-owned power enterprise – Vietnam Electricity (EVN) through a power purchase agreement (PPA) under a 20-year feed-in tariff (FiT).

The transaction is expected to help establish EDPR’s presence in the Asia Pacific. The company further plans to invest part of the 5 percent allocated to other geographies within the 20 GW growth plan until 2025.

On the energy front, Vietnam also launched a new project with the US Agency for International Development to promote urban energy security at an estimate of $14 million. The programme has been planned to run through 2023 deploying energy solutions in Da Nang and Ho Chi Minh City.

It focuses on the country’s rapid energy demand and air pollution by working with city governments. This shall also create opportunities for businesses to provide advanced distributed energy solutions like rooftop-solar, electric vehicles and waste-to-energy and focus on energy efficiency.