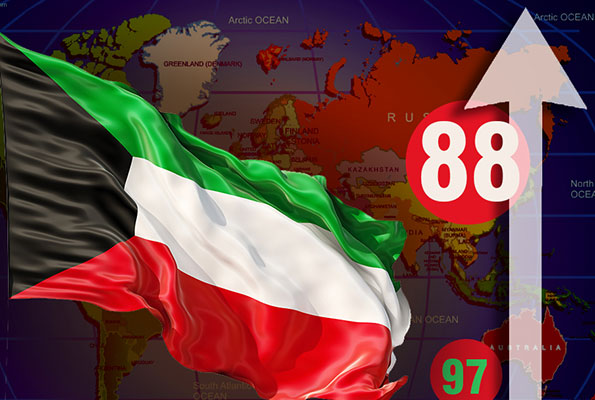 In the 2022 edition of the Canadian Fraser Institute’s Index of Economic Freedom, Kuwait moved up nine spots to position 88 from position 97 in the previous index, scoring 6.73 points.

The support for economic freedom offered by institutions and policies in 165 nations is measured by the Index of Economic Freedom.

Kuwait ranked 122nd internationally with a score of 5.93 in the sub-indicators for the size of the government. It was placed 94th in this category and received five points for the legal system and property rights. With 8.6 points, Kuwait was 86th in the world in the money and prices ranking.

Kuwait managed to climb from 72nd to 56th globally in terms of the legislation governing credit, the labour market, and economic operations, earning a score of 7.4 points.

With a score of 10, Kuwait placed first in the world for its legislation governing the credit market, the fifth area of legislation.

Goldman Sachs to cut jobs: All you need to know