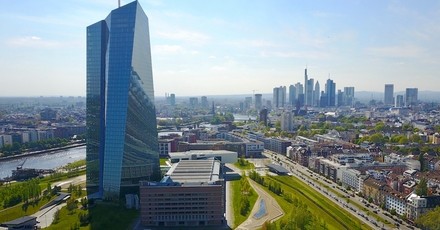 The European Central Bank (ECB) plans to release fresh funds for the eurozone as part of its stimulus to safeguard the region from the second wave of the Covid-19 virus, media reports said.

It is reported that the chief of the supreme bank Christine Lagarde said in October that additional stimulus will be provided and ECB would recalibrate its instruments in December.

Furthermore, the bank’s fresh forecast is likely to have been affected after a second wave of the Coronavirus which compelled countries across Europe to impose lockdown again. However, the prospect of mass-vaccinations from 2021 could bolster the long-term outlook.

It is reported that analysts expect that the bank will inject fresh capital worth $600 billion as part of its €1.35 trillion pandemic emergency bond-buying program (PEPP).

The ECB could offer more flexible credit facilities to other banks for longer under a scheme known as TLTROs. The scheme provides flexible loans at reasonable interest rates.

Pictet Wealth Management strategist Frederik Ducrozet, told the media, “The ECB will be “under pressure to do more while the European budgetary policy response is lagging behind.”

It is reported the inflation of the Eurozone in November recorded -0.3 percent, marking a price slump for the fourth consecutive month. The data has been produced by Eurostat. However, inflation was at bay even before the pandemic.

The global economy is seriously affected by the pandemic as the global oil, supply chain, logistics market is facing losses. However, scientists are trying hard to roll out a vaccine across the world.