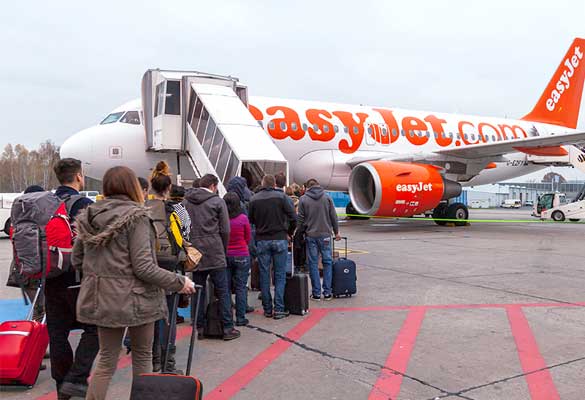 EasyJet is planning to remove seats on some of its planes this summer to allow fewer flight attendants to fly.

The airline is currently suffering from a staff shortage as it seeks to return to pre-pandemic service levels.

It is anticipated that EasyJet is all set to remove the back row seats of the A319 fleet and would allow it to fly with three flight attendants instead of four.

This limits the number of passengers on board to a maximum of 150. Commenting on this, EasyJet said that it was an effective way to operate a fleet while incorporating great resilience and flexibility into the airline’s operations.

The flight will continue to meet the Civil Aviation Authority (CAA) regulations regarding the number of flight attendants required, based on the number of physical seats rather than passengers.

Since the start of Easter, UK airlines and airports have been suffering from staff shortage as travel demand has risen again after all remaining UK COVID-19 travel restrictions were lifted.

EasyJet and BA have been forced to cancel hundreds of flights in the past month due to the virus surge, disrupting staff work and making it difficult to meet busy flight schedules.

Many airlines, including EasyJet, are hiring new flight attendants to replace staff who were dismissed during the pandemic. However, experts assume that personnel issues will last up to 12 months.

The company is also planning to invest more resources in the process of new employee certification.

During the pre-pandemic EasyJet flew around 300,000 passengers every day during peak season.