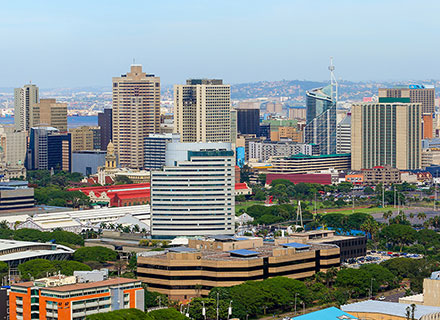 Durban, which was recently ravaged by civic turmoil, floods, and the pandemic, is not only recovering, but also establishing itself as a dependable investment destination.

It is on the verge of breaking ground on a new multibillion-rand complex in Shongweni, a posh suburb west of the metropolis. The development would be twice the size of Umhlanga Ridge, according to Phillip Sithole, deputy city manager of the eThekwini municipality.

The new Shongweni Urban Development Project, which will be phased out over the following 15 years, is set to start in 2022.

An R450 million Ferris wheel and a Radisson Blu Hotel will also be built-in Umhlanga.

As per Sithole, the city’s economic recovery from the floods, which killed 443 people, destroyed 826 companies, and took R20 billion from the city’s GDP, could take two years.

Repairing shattered roads, train lines, water, and other infrastructure will take that long, he claims.

North Coast Road will be upgraded for about R300 million, with work set to begin in early July.

It is expected that the new Radisson Blu hotel will soon be part of the R4bn Oceans Umhlanga development. It will consist of 600 apartments and it is expected to open soon on June 3.

Sithoel further added that they will be adding bulk infrastructure and upgrades to the roads. The estimated cost for this will be about R100m.

The second project is the logistics park situated north of Durban, at the Corobrik factory.

To add on, Investec Property is also planning to invest in the three-phase R6bn development which will be known as The Brickworks.

Lastly, Durban’s skyline will also change. A 60m Ferris wheel known as The Durban Eye will be constructed. Several retail stores will be developed alongside it, on the beachside promenade near the new R300 million MSC Durban cruise terminal. The construction is set to commence in February 2023.

In London, Thursday is new Friday as hybrid is new normal

France declares new sanctions on Russia, weighing down the euro