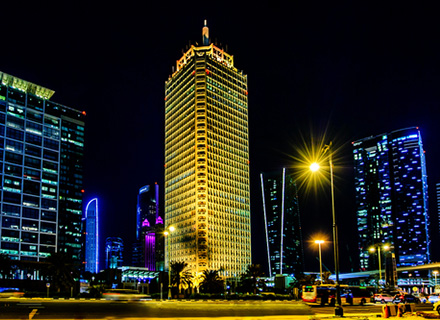 Sheikh Mohammed bin Rashid Al-Maktoum, the ruler of the emirates, addressed the media and said, “This remarkable performance reflects our external trade sector’s impressive resilience and its ability to rebound and grow in the face of major international crises.”

He further added that the growth has contributed to the advancement of Dubai infrastructure, governance and the “generous stimulus packages” launched to boost businesses during the pandemic.

By hosting Expo 2020, Dubai will be making a significant contribution to the recovery of the global economy. The ongoing campaign will create a global logistics network through a passport system. Countries like Indonesia, Thailand, South Africa, and Brazil have joined the network, and many international shipping giants have signed up to benefit from it.

It is to note that China is still Dubai’s biggest trading partner in the first quarter with Dh44 billion of trade, a 30 percent increase. India stands second at Dh35 billion followed by the US at Dh15.4 billion and Saudi Arabia at Dh14.7 billion.