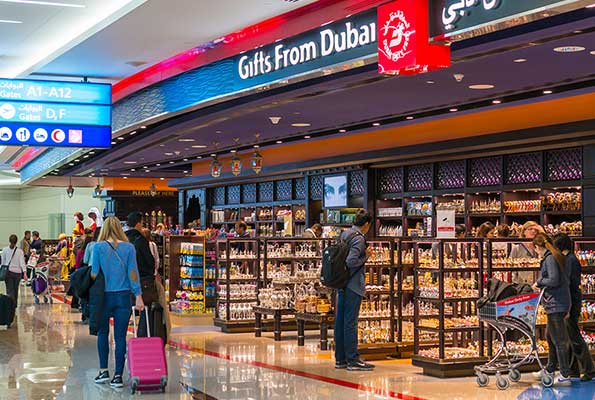 Due to the increase in passenger traffic, sales at airport merchant Dubai Duty-Free grew by more than USD 1 billion during the first eight months of 2022, prompting the recall of 2,000 of its laid-off employees.

According to a statement, total revenue from January through August increased by 104% to USD 1.06 billion, putting the company on track to hit the USD 1.6 billion goal by the end of the year.

Eighty-eight per cent of all revenues at the two airports are produced by departing passengers, and those sales increased by 115% to USD 927 million. In addition, sales for departures from Terminal 2 increased dramatically across all concourses by 59%.

Colm McLoughlin, Executive Chairman and CEO of Dubai Duty-Free, said, “We have had a terrific year thus far, and I am glad that we have recovered over 80% of our business from January to August, whereas the passenger recovery is roughly 67% of 2019 levels.”

“Almost 2,000 of our laid-off employees have now been recalled. Our current personnel numbers are approaching the pre-COVID estimates,” Colm McLoughlin added.

The number of employees at Dubai Duty-Free has increased to 4,407, including 58 new Emirati hires.

Colm McLoughlin claims that Dubai Duty-Free is about to enter a robust sales phase for the last quarter.

“The 2018 FIFA World Cup, which kicks off in November, will significantly increase traffic to Al Maktoum International Airport (AMIA), which will handle an additional 30 return flights to Doha during the FIFA World Cup,” Colm McLoughlin concluded.

Consumer favourites
Perfumes, alcohol, gold, cigarettes/tobacco, and gadgets were the top-selling items for the first eight months of the year

Perfume sales hit USD 186 million, an increase of 89%, while liquor sales reached USD 168 million, or 16% of the total revenue, and flew off the shelves

Travellers bought USD 106 million worth of gold, up by 181% in sales, and USD 98 million costs of cigarettes and tobacco, up by 9%

Sales of fashion accessories totalled USD 130 million, more than triple the USD 41 million in sales from the prior year.