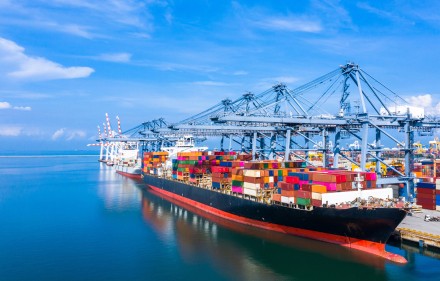 DP World, a Dubai-based logistics giant, will partner with an Israeli firm to bid for privatisation of Israel’s Haifa Port, media reports said. The move is expected to connect direct shipping lines between the UAE and Israel.

The move comes at a time when Israel and the United Arab Emirates signed an historic agreement this week to normalise business and political relationship between the two nations.

DP World Chairman Sultan Ahmed bin Sulayem, told the media, “Israel has two ports, the port of Ashdod and the port of Haifa. They are strong ports in excellent locations. If there is an opportunity, there is nothing to prevent us from having a presence there. Our work to build trade routes between the UAE, Israel and beyond will help our customers to do business in the region more easily and efficiently.”

According to DP World, it has signed a Memorandum of Understanding with DoverTower owned by Shlomi Fogel, a shareholder in Israel Shipyards and a partner in the Eilat port. Both DP World and DoverTower will establish a direct shipping route from Dubai’s massive Jebel Ali port to Eilat as part of the deal.

It is reported that the government of Israel was looking to privatise Haifa port in January, with a hope that the new owner would inject $292 million capital to overhaul it.

Israel is planning to sell some of its ports in a bid to develop fresh private docks. DP World has established its presence in the West, Asia and Australia. The company has forayed into Africa with the help of the Emirati government.