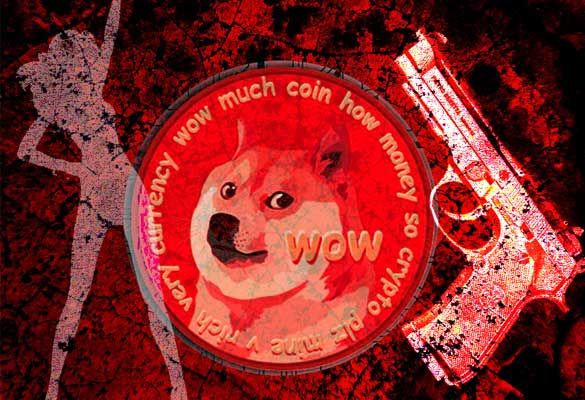 Created in 2013, Dogecoin was started as a joke as a way to poke fun at other cryptocurrencies. After several years when Tesla CEO Elon Musk started supporting this digital currency, it started gaining traction and soon came among the top ten cryptocurrencies by market capitalization.

With its soaring popularity, this cryptocurrency caught the attention of anti-social elements who are preferring to use this meme coin for their illegal work.

The Elliptic report reads, that the majority of the illegal work involves fraud, scams, and Ponzi schemes. It also includes several serious crimes such as financing terrorism and child sexual abuse.

The report’s major finding is that Dogecoin is increasingly being used to finance terrorism across the globe. It cited a seizure order issued in July 2021 by Israel’s National Bureau for Counter-Terrorism Financing (NBCTF), which specified 84 cryptocurrency wallet addresses controlled by the Hamas.

A total of USD 40,235 was funded to the Dogecoin wallets.

More troublingly, Elliptic also discovered that payments made with Dogecoin were primarily made on the darknet and were used to fund Child Sexual Abuse Material (CSAM). Dogecoin still only accounts for USD 3,000 of CSAM’s total funding, with Bitcoin still being the most popular method of payment.