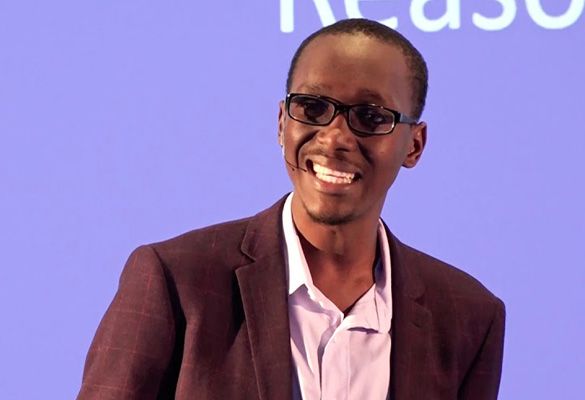 Digital identification is proving to be an important factor for social protection, financial inclusion and also the fight against the Covid-19 virus. In recent times, digital identity verification has become pivotal for onboarding customers at banks and authentication processes by insurers. The process of digital identity verification done physically is time-consuming; however, when done digitally, it leads to efficiency. The ‘Digital Identity Solutions Market – Global Forecast to 2026’ report published earlier this year revealed that the global digital identity solutions market size is forecasted to grow from $23.3 billion in 2021 to $49.5 billion in the next five years, growing at a Compound Annual Growth Rate (CAGR) of 16.2 percent from 2021 to 2026. The UN and the World Bank envision that by 2030 every individual in the world will have a digital identity.

Since the pandemic, digitalisation has also accelerated as more and more people are now going online to buy products and services due to the lockdown measures introduced across the globe to curb the spread of the Covid-19 virus. According to a research report published by market research firm Grand View, the global digital payment market is forecasted to grow at a CAGR of 19.4 percent and reach $240 billion by 2028. This emphasises the importance of digital identity as we head towards a more inclusive global digital economy.

According to a World Bank report, around 1 billion people across the globe do not possess basic ID credentials including 1 in 4 children. The report further reveals that there are many youths whose births were never registered, meaning they are not a part of the system at all. Also, there are many that possess identifications; however, they are of poor quality or cannot be reliably verified. Citing a McKinsey Global Institute report, the World Bank says around 3.4 billion people in this world have some form of identification but have limited ability to use it in the digital world.

Most of these people live in sub-Saharan Africa and South Asia. The World Bank report said, “They are typically members of the poorest and most vulnerable groups. Women are disproportionately less likely to have official proof of identity. One out of every two women in low-income economies does not have a national ID or similar identity credential, according to the ID4D-Findex survey.”

Some reports also suggest that nearly half of the adult population of some countries in sub-Saharan Africa lacks documentation and they are unable to open a banking account. Most of these people are rural farmers, low-income minorities, immigrants and also refugees. Even senior citizens in these regions or even the young population sometimes lack proper documentation for various reasons. These sections of people often find themselves not included in the financial umbrella and have limited contribution towards the digital economy. Lack of documentation of any kind often limits their housing, healthcare options and other socio-economic benefits. With digital identification, these sections of the population could have opportunities that were often lacking for them and at the same time, it promotes inclusion, reduces fraud, protects rights and increases transparency.

Digital identity has the potential to unlock a range of basic and empowering services for people, including financial inclusion, healthcare and education. It is without doubt technology will play an important role if we are going to achieve identity for all. But it is not going to be an arduous task and will require huge investments. Kristalina Georgieva, chief executive officer, World Bank said that it will take nearly $12 billion to achieve identification for all. She further revealed that the World Bank will secure over $750 million investments in ID-related projects in the next three years and will strive to mobilise more financing from other sources.

Technology is bringing widespread changes all around, be it banking, healthcare, or even education. Technological changes are at an all-time high and technologies such as artificial intelligence (AI) , the internet of things (IoT) and 5G are only going to intensify the changes and this means a greater emphasis will be given to digital identity.

According to a McKinsey report, in Brazil, China, Ethiopia, India, Nigeria, the UK and the US, extending full digital ID coverage could unlock economic value equivalent to 3 to 13 percent of GDP in 2030. Over the years Africa has been a hub of digital revolution such as fintech or mobile money (M-Pesa) in particular. According to the report ‘Biometrics – Global Market Trajectory & Analytics 2020’ published by Global Industry Analysts, the Middle East and Africa (MEA) biometrics market is forecast to grow at an annual rate of 21 percent. The report further reveals that the global industry will reach $82 billion by 2027. According to the World Bank Vice President for Western and Central Africa, Ousmane Diagana, the African continent has strong digital growth potential and to fully explore its potential, digital identity systems have to be developed especially in the Western and Central African region.

Digital identity can help Africa transform its economic and political landscape. If properly explored and implemented, digital identity has the potential to unlock more inclusive digital economies. It can also lead to an increase in access to government services, financial products and healthcare services as well. Many African nations move forward with their own digital identity programmes. However, the success will depend on adopting standard laws and norms which ensure data protection and regional interoperability.

FlexFinTx, a Zimbabwe-based firm established in 2018, through its flagship product, FlexID, has created an easily accessible and verifiable digital identity platform on the blockchain which like financial institutions and government services to users through various mobile interfaces; thus, making the unbanked, bankable. According to its website, it helps develop self-sovereign digital identities, accessible to them even without the internet. FlexFinTx chief executive officer, Victor Mapunga, shares his views about digital identity, blockchain technology and the risk involved with digital identity among others in this exclusive interview with Global Business Outlook.

1. Can you tell us a bit about the importance of digital identity?
Traditional identity infrastructure has left out some 1 billion people in the world without any form of identification, this drastically increases the cost of verifying such individuals when it comes to service provision for example, financial services; thus, it’s far much easier to deny service. Digital Identity is the infrastructure upon which these gaps can be bridged in a globalised society.

2. Can you tell us about the problem of digital identity in Africa and how it can be solved? What does FlexFinTx have to offer in this regard?
In 2018, I was trying to open a bank account in my home town of Mutare, Zimbabwe, having just come back from the 1st world, I was under the impression it would take me at most 30 mins to an hour. I immediately realised I couldn’t provide most of the requirements such as my ‘Proof of Residence’ and many more. It turns out it took weeks and months for some to finish the entire process. There are over 400 million Africans who face such challenges daily due to a lack of identification and the ease of verifying them.

FlexFinTx emerged due to such a need which cuts across different sectors from; finance, healthcare to education, verifying credentials in the emerging world is a daunting conquest. Through FlexID, we’ve built a decentralised, interoperable, fast & cheaper digital identity highway which utilises Self Sovereign Identity wallets to allow different stakeholders across different industries to easily verify credentials and individuals.

3. Can you tell us how FlexFinTx is using blockchain technology to offer digital identity solutions?
The Flex Network (FN) is a Layer 2 network built on top of the Algorand blockchain Every issuing authority and verifier organisation will be required to either run or use a SaaS API, to interact with a FN node. The node acts as a trustful way to create, update, and fetch information about digital identifiers (DIDs) from the blockchain. This enables verifiable credentials to be independently issued and verified against the public keys associated with the issuer and holder DIDs.

5. What are the risks when it comes to digital identity?
The naive solution is digital identity, but history has proven that central data stores i.e, aggregators are high-value hacking targets and can affect millions of users in case of a leak as there’s a central point of failure.

FlexID is a self-sovereign digital identity, which means the digital identity is fully owned and controlled by the user/thing being referred to. FlexID allows users to securely exchange their credentials and gain access to services without intervening third parties.

6. What role will digital identity play when it comes to the evolving global payment landscape?
Digital Identity in particular, self-sovereign identity wallets, will allow users the flexibility and fluidity amongst variable payment channels from crypto to fiat. This is an area FlexID is working towards as Africa leads in mobile payment solutions, there’s no reason you can’t authorize a payment with your FlexID.

7. In your opinion, what are the challenges or hurdles that the sector or FlexFinTx in particular, have to overcome in the coming years?
Interoperability is a must; we must build interoperable infrastructure before we build closed up systems again; perpetuating the problem further. Adoption is also key; we must work smarter to bring traditional industries onto next generation identity platforms.