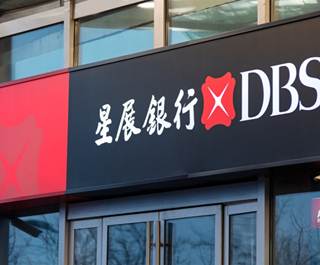 Kevin Kwek, a banking analyst at Sanford C, told the media, “Results were in line with expectations especially around provisions” which could be read as positive in light of recent declines in the stocks, Bernstein in Singapore. “There were some modest positives such as cost cuts for both, to offset expected margin drops.”

It is reported that there is a surge in bad-debt provisions and a quarterly plunge in profits for both banks. The net income of DBS shrank by 22 percent compared to a year earlier and United Overseas Bank’s net income for the last three months shrank by 40 percent followed by a surge in bad loans provisions.

For more than two years, DBS maintained its guidance for total allowances of around $3 billion to $5 billion, of which $1.9 billion of used during the first six months. DBS’ net interest margin dropped to 1.62 percent while United Overseas Bank’s fell to 1.48 percent. DBS’ non-performing loan ratio dropped on quarter to 1.5 percent while United Overseas Bank maintained at 1.6 percent.

The two banks are expecting a wave of bad debt as the Covid-19 pandemic affects the economy. Meanwhile, the government of Singapore has taken stringent measures to contain the spread of the infection and supported businesses at the same time.

Bordeaux Investment Fund acquires Copel Telecom has for about $443.7 mn