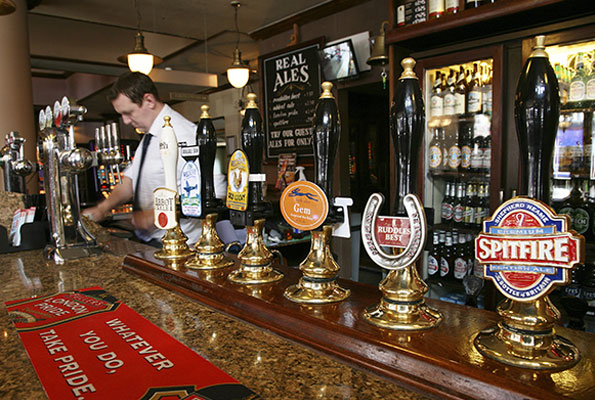 Independent brewers in the United Kingdom have pleaded with ministers to intervene to save the industry after data showed that more than 70% of pubs do not anticipate making it through the winter if nothing is done to reduce energy costs.

They claimed that in addition to falling sales as consumers look for ways to cut costs, a lack of equipment, such as kegs, cans, and CO2 gas, and a subpar hop crop were all contributing factors to the impact of rising energy costs in the United Kingdom.

In a statement that was also signed by the leader of the Campaign for Real Ale, the Society of Independent Brewers said, “We have entered one of the most difficult moments for the brewing sector. Small brewers claim that their energy costs are doubling or tripling, endangering their capacity to brew in the future.”

The warning was sent at the same time as bar owners in the United Kingdom reported similar increases in energy costs, and there are rumors that some suppliers are holding off on awarding new contracts to the industry out of concern that the pubs might not be able to pay their bills.

One operator in the United Kingdom said that they had received an energy proposal that was nearly six times more expensive than what they were paying under their present contract, with the cost per unit rising from 14p to 83p.

The majority of respondents—nearly three-quarters—said they would not be able to pay the increases.

Brewers and bar owners are pleading with the government to intervene in order to stop additional damage from occurring. They are asking for reductions in business rates and VAT, a restriction on energy prices for small businesses, and grants for renewable technologies that would help them consume less energy.

Pubs are facing a “doomsday situation,” according to Heath Ball, Managing Director of the Frisco Group, which runs three pubs in southeast England.

“I think it poses an even larger threat to the viability of pubs,” Heath Ball told the Morning Advertiser.

“This energy bill crisis comes on the tail of the most difficult of times as companies try to recover from the COVID catastrophe,” Heath Ball added.

He further said that because the industry is viewed as “high risk,” not even operators who could afford to pay the higher prices are being given new power contracts.

The government must “find a solution to this quickly or face mass closures of pubs and restaurants,” according to Heath Ball.

UK on the brink of recession as Liz Struss assumes leadership