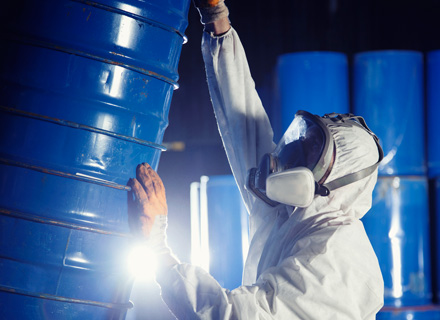 As the world goes into a state of lockdown on the back of the Covid-19 pandemic, a failed negotiation between Russia and OPEC+ has led to an oil price war. The pandemic has already lowered oil demand by a tenth, an equivalent of about 10 million barrels a day.
As the Covid-19 spreads, oil consumption is expected to further drop. Against this background, how prepared are the gulf nations and other OPEC allies for an oil price war amid a global slowdown?
As negotiations between the Kingdom of Saudi Arabia, who is the undeclared leader of OPEC and Russia collapsed, oil stocks across various exchanges in Asia-Pacific, Tokyo, Australia, Hong Kong, and the US plunged heavily. This has resulted in global crude oil prices dropping by 30 percent — lowest in the last two decades.
Earlier this year, both parties met at Vienna, Austria to discuss a possible cut in production to deal with the plunge in demand owing to the pandemic, however, the meeting resulted in the Kingdom declaring it would reverse course and raise output by 2 million barrels per day. The Kingdom’s decision was soon followed by other OPEC members such as the UAE.
State-owned Abu Dhabi National Oil Company (Adnoc) also announced its decision to increase its supply to the market to over 4 million barrels of oil per day from April. It is reported that Adnoc is also speeding up its original plan to produce 5 million barrels of oil per day by 2030.
This is not the first time that both parties engaged in an oil price war. Previously, during the period between 2014 and 2016, oil producers including the Kingdom and Russia engaged in a market share war to squeeze out shale production from the US by reducing prices and offering more supplies to Asia. The market share war, however, ended in 2016 when Russia and the Kingdom called a truce and decided to cut production. While oil producing countries such as the UAE and the Kingdom are well positioned to sustain an oil price war, it is not the case with other OPEC allies from Africa.
Recently, the Republic of Congo’s oil minister wrote to the Organisation of the Petroleum Exporting Countries (OPEC) secretary general Mohammad Barkindo for an emergency meeting to find a way to keep member nations in Africa from sinking amid the pandemic. African nations are finding it very difficult to sell their oil in the global market in the midst of the pandemic and lowered demand for oil.

Covid-19 and the expected drop in oil demand
Gulf nations such as the Kingdom and the UAE are spending billions to support their economies which have been adversely affected by the pandemic and the drop in global crude prices. Even though the Gulf nations have taken steps recently to diversify their economy and reduce their dependence on oil — it is still their major source of revenue.
Tourism, retail, hospitality and logistics were the first sectors to get battered as international and domestic travels were cancelled, states faced lockdown and borders were sealed. In almost all Gulf countries, shops were closed, hotels were shut or either turned into quarantine centres and flights were grounded. Abu Dhabi-based Etihad Airways have already announced that its employees have taken a 50 percent cut in salary during these extraordinary circumstances.
With global demand down by more than 90 percent, other airlines in the Middle East may be forced to either furlough their employees or completely cut their jobs to help the carriers survive the pandemic. With cash reserves running low, it is only a matter of time before the carriers are forced to take decisions with serious implications for their workforces.
Similarly, the tourism sector is not expected to pick up pace anytime soon. Many in the tourism or hospitality industry are also expected to lose their jobs and even businesses are expected to shut down completely.
The retail sector in the Middle East has also taken a serious hit. To help curb the spread of the Covid-19, governments in the Middle East have started promoting ecommerce. Even though the retail sector is taking a hit due to the pandemic, the ecommerce sector is picking up pace. This even applies to fintechs. With cash transactions discouraged, payment apps and ewallet service providers are seeing a spike in online transactions amid the crisis.
According to the Institute of International Finance (IIF) non-oil sector growth is projected to fall to 1.4 percent in 2020, from 3 percent in the previous year. The Saudi entertainment sector also witnessed an upward trajectory in recent period, however, it’s very unlikely that the trajectory will continue to be upward during this time.
In the long run, the pandemic and the oil price war is definitely going to affect Saudi Vision 2030, which aims to reduce the Kingdom’s oil dependence. Such diversification requires big oil profits to bankroll the incubation of non-oil businesses — and those profits won’t be available if the price war drags on for long.
If oil prices stay low for a longer period, climate action will take a back seat. Cheap oil will disrupt the energy market because deriving energy from renewable energy is an expensive process. Fewer people are willing to pay extra for clean technologies when an alternative is available at a reasonable and cheap rate.

Oman’s response to the pandemic
According to a report, the Sultanate of Oman will review its budget every three months amid the pandemic after already cutting the budget allocated to government agencies for 2020 by 5 percent. The Omani government has also decided to allot around $20 billion in extra liquidity to its banking sector to help the sector survive the pandemic.
The impact of the pandemic and the oil price war is also impacting the banking sector in the Middle East. Credit rating agencies are most likely to put the Middle Eastern banking sector under review for downgrade. New York-based financial services company Standard and Poor’s (S&P) revised its outlooks of a few banks in the UAE such as First Abu Dhabi Bank, Abu Dhabi Commercial Bank, Mashreqbank, Sharjah Islamic Bank and National Bank of Fujairah to negative, while affirming long and short term issuer credit ratings on these entities.
Last month, credit rating agency Moody’s downgraded the long-term local and foreign currency deposit ratings of five Omani banks. These banks include Bank Muscat, Bank Dhofar, National Bank of Oman, Sohar International Bank and Oman Arab Bank. At the same time, Moody’s affirmed the long-term local currency deposit ratings and downgraded the long-term foreign currency deposit rating of HSBC Bank Oman SAOG and Bank Nizwa.

Despite the fact of having huge reserves to sustain the oil price war for a short period, it would have been impossible for the Kingdom to sustain it for a longer period. The Kingdom’s Deputy Economic Minister Mohamed Al Tuwaijri said that if it kept overproducing to push oil prices down — as it is doing right now then it would be bankrupt within three to four years.
After the Kingdom slashed oil prices, global crude oil prices dropped as much as 30 percent. The UAE, an ally of the Kingdom, has also jumped on the same boat and announced an increase in supply to the market to support the latter’s decision. Abu Dhabi, the UAE’s capital and the wealthiest of the seven-member federation, unveiled a $2.4 billion stimulus package to help the emirate fight the economic impact of the pandemic. The fact that the UAE is responding to the pandemic similar to the Kingdom would make it difficult for the former to sustain the oil price war for too long. Many would argue that Gulf nations have very high foreign reserves which would help them sustain the oil price war for a longer period, however, with the global economy slipping into a recession spending foreign exchange reserves to sustain a oil price war would not be logical.

An unlikely winner of the oil price war
It is known that the pandemic has brought the whole world to a state of lockdown. Though the virus has spread to other continents since then, China seems to have recovered and things are getting back to normalcy in the country. China is anticipated to be the beneficiary of the drop in oil prices.

During the oil price war in 2014, China saved an average of $2.1 billion annually with every $1 fall in the price of oil. So this time around, with global oil prices dropping as much as 30 percent — highest in the last two decades — China might have saved a substantial amount of funds which can be injected into its economy for revival.

The US companies have been severely affected by the collapse of global oil prices. This, in fact, could be a diplomatic victory for Russia. Having less Saudi oil competing in the same space as Russia and its allies, such as Iran and Iraq, would be a win for the Russian Federation.
With that, there are additional benefits in this context. For example, the strained relationship between the US and the Kingdom might help Russia to an extent and minimise the US dollar domination.