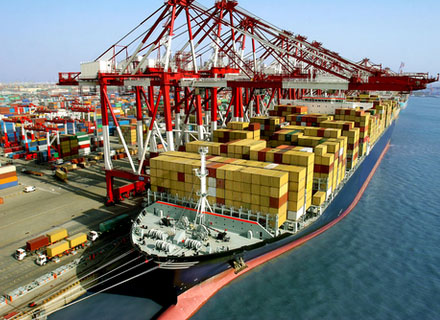 Eight major ports in China have seen an increase in the container volume by 10.8 percent year-on-year in late March, according to recent statistics released by China Ports and Harbors Association.

The statistics revealed that the volume of the export container alone increased by 8.7 percent while the domestic volume saw an increase of 18 percent in late March. Among these, the port of Ningbo-Zhoushan and Shenzhen witnessed a growth rate above 30 percent. An 8.6 percent year-on-year increase was reported by cargo throughput at major coast hub ports in the country. Additionally, the international trade cargo throughput increased by 3.8 percent.

Though the port inventory increased by 6.4 percent, the metal ore shipments at the major Chinese ports declined by 8.6 percent. When compared to the precious year during March, this year, major Chinese coastal hub ports’ cargo throughput increased 10.9 percent. A 14.5 percent increase is reported in the container volume at eight major ports.

In early March 2021, the export container volume increased by 13.8 percent and the domestic volume by 16.7 percent. While the port of Shanghai and Shenzhen posted a growth rate of over 20 percent for export containers. It is to note that in March of 2020, most of China was in lockdown due to the outbreak of Covid-19 and the onset of the pandemic that followed.