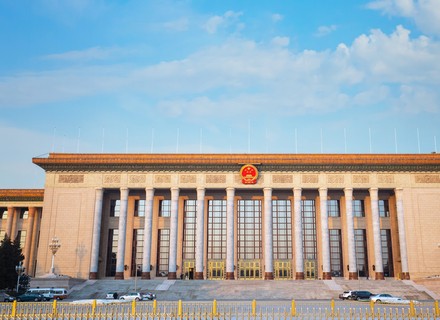 The government of China has imposed a new law that restricts the export of sensitive goods, services and technologies, media reports said. It is reported that the final version of the legislation has not been out yet but the draft was floated in June.

The move comes at a time when trade tension is escalating between the US and China.

It is reported that the new export law is floated to safeguard national security by regulating the sensitive export goods that appear on a control list. Furthermore, one of the top-level delegates of the National People’s Congress said that the law should be strictly implemented in areas such as algorithm and source codes.

However, another delegate said that the export law should be implemented for safeguarding next-gen tech such as 5G and quantum communications.

The country’s exports skyrocketed amid a 27 percent surge in trade surplus with the US.

It is reported that the law will be implemented on products used by civilians and the military. Furthermore, the law will be imposed on nuclear products, including goods and technologies related to national security.  The items list will be provided by the government soon.

Nathaniel Rushforth, a cybersecurity specialist at Shanghai-based DaWo Law Firm, told the media, “In a very practical sense, it is an incremental move down the road that both China and the United States have been on for quite some time. Companies on both sides need to continue preparing for much, much more examination, especially in more strategically sensitive industries.”