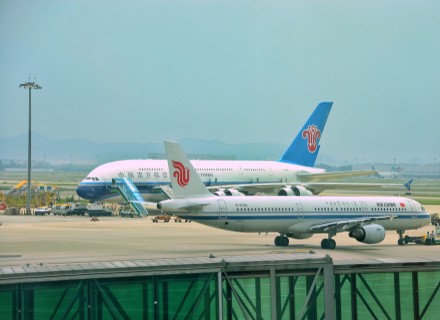 Chinese airline companies are rebounding from the impacts of the Covid-19 pandemic, media reports said. The report is produced by GlobalData, an analytics company.

China’s top airline stocks are surging despite a first-quarter stumble. The reasons behind the resurgence include the opening of the country’s borders, growing domestic demand, the rise of the Yuan including the slump in oil prices.

Anindya Biswas, company profiles analyst at GlobalData, told the media,” unlike other global economies, China’s economy has been slowly on the rise and this is reflected in the Chinese airline sector as well. For the second quarter ended 30 June 2020 (Q2 2020), Chinese airline companies have shown signs of turnaround unlike their global counterparts that are suffering as a result of border shutdowns. Chinese low-cost carrier Spring Airlines has been one of the notable players in the Chinese airline industry leading the resurgence.”

The global aviation and the tourism industry have been walloped by the pandemic as nations went under strict lockdown, particularly European nations including the US, to contain the spread of the virus. As a result, passenger travel sharply dropped, leading to a loss for the airline companies.

The sophisticated phishing scams: All you need to know

Mashreq Bank and US regulator reaches a $100 mn settlement