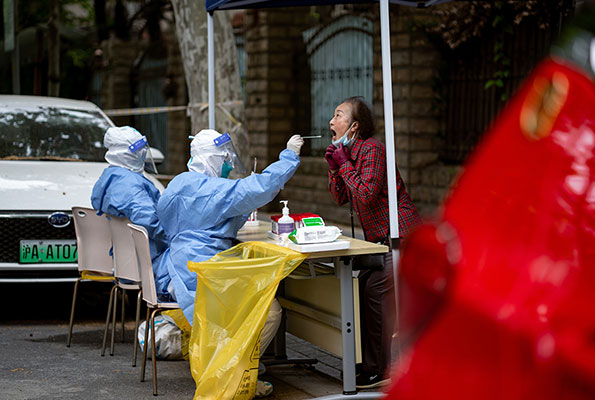 China began its ‘zero-COVID policy’ with the intention to curb the spread of COVID-19 with widespread lockdowns and mass quarantines.

But in reality, it slowed down the economic growth of China.

In Hebei, the province surrounding the capital, Beijing, authorities ordered almost four million people to stay at home until the end of the week as officials scrambled to bring a minor flare-up of COVID-19 under control.

Officials suspended large events and ordered the closure of entertainment venues and wholesale markets in China’s Longhua district in the southern tech hub of Shenzhen, following the announcement of similar measures a day earlier in three other districts.

Three million residents in Dalian, a major port in northeastern China known for soybeans and iron ore, were placed under lockdown until at least till next few days.

Authorities in Tianjin, a port city in China’s northeast, announced that more than 13 million residents would have to undergo mass testing from 6 am following the discovery of 51 COVID cases.

According to the National Bureau of Statistics in China, the country’s gross domestic product declined by 2.6%, down from the January-March period’s 1.4% data.

“The resurgence of the pandemic was effectively contained. The national economy registered a stable recovery,” the statistics bureau said in a statement.

Many analysts do not expect a quick economic recovery for China as the government continues with its strict zero-COVID approach to slowing the spread of the coronavirus.

“Markets could once again be hit in the next couple of weeks, likely triggering another round of cuts by economists on the street,” Nomura said in a note, highlighting the significance of new curbs in cities such as Shenzhen.