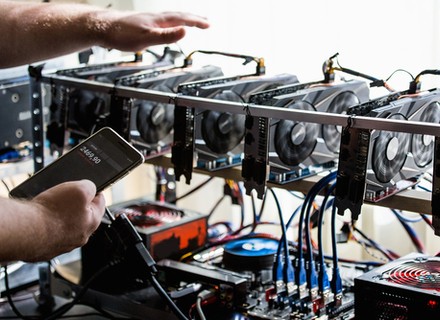 Cryptocurrency mining operators recently suspended their operations in China after Beijing announced cracking down on mining and trading bitcoin, according to the media. Cryptocurrency miners like Huobi Mall and BTC.TOP made this decision after the country’s move sent the digital currency tumbling.

A State Council committee led by Vice Premier Liu He addressed the and stated that this is the first time the council has targeted the mining of virtual currencies. China accounts for about 70 percent of the world’s cryptocurrency supply. The crypto miners use powerful, specially-designed computer equipment and rigs that help them verify virtual coin transactions. It is a process that provides newly minted cryptocurrencies like bitcoin.

After China announced a ban on all transactions of the digital currency through the banking firms of the country, bitcoin was nearly 50 percent down from its all-time high. Investor protection and prevention of money laundering are particular concerns of governments and financial regulators who are grappling with whether and how they should regulate the cryptocurrency industry.

Huobi Mall, part of cryptocurrency exchange Huobi released a statement saying all of its custody businesses have been suspended. It is contacting overseas service providers to guide them for exports of mining rigs in the future. BTC.TOP, a crypto mining pool citing regulatory risks, also announced the suspension of its China business. HashCow, another crypto miner, said that it would fully comply with the government’s regulations and suspended buying new bitcoin rigs. It also promised its clients a full refund to those investors who placed orders for computing powers and had not begun mining.

It is to note that China has already lost its position as a global cryptocurrency trading centre after it banned crypto exchanges in 2017.