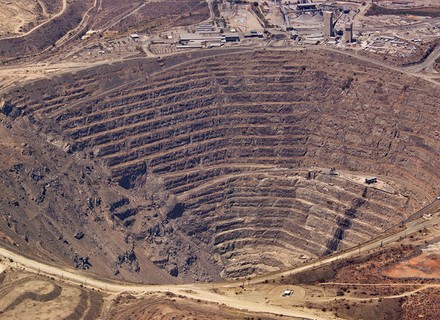 China has announced its plan on switching investment focus from oil to minerals in Africa according to the recent media reports. Though the Asian country has various options to source crude it is reliant on Africa for copper, cobalt and other rare minerals.

China is considered the world’s largest oil importer. The country is said to be no longer reliant on Africa for its crude needs because of the availability of the same from the Middle East which does not provide for the US because of the sanction. Yet the need for rare minerals, cobalt and copper are met with help from Africa. It is said to be a reason to expect China’s engagement in Africa to shift towards the Democratic Republic of Congo (DRC).

The DRC is said to be the world’s largest producer of cobalt. It is an important and essential component of batteries for electric vehicles, smartphones, tablets and laptops. The equity investments by China in the DRC was to secure copper supplies and most of the loans had been used to fund road and hydropower projects despite increased Chinese lending to the DRC.

Wang Yi, Chinese Foreign Minister visited Kinshasa earlier this year and stated that Beijing would write off loans worth $28 million to the Central African nation. This was the main focus to help the country deal with the impact of Covid-19 and an additional $17 million in other financial support. China has been lending Angola that pioneered the concept of oil-backed loans to pay for roads, power dams and ports. A recent report also stated that China has extended $42.6 billion in loans to Angola between 2000 to 2019 which is 30 percent of its total lending to Africa.

IAG plans to power 10% flights with sustainable fuel by 2030