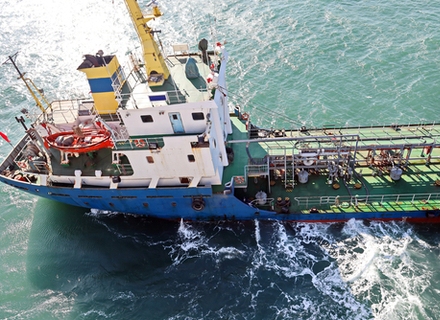 The demand for bunkers in Singapore is expected to be hit by lower prices in China following the discovery of a Covid-19 cluster on board a bunker vessel, according to the media. The low bunker fuel prices in China is a prequel to the tax changes that happened in 2020. It underpinned a ramp-up in the production and demand of bunker fuels away from the key regional bunkering hub in Singapore along with other ports across the region.

Singapore bunker traders have expressed interest in China due to its lower bunker prices. A significant factor that depressed the overall demand in Singapore is said to be the marine fuel 0.5 percent S spread between the port of Singapore and Zhoushan. Shipowners were able to maximise stems while queuing at the anchorage for cargo operations around Zhoushan.

The price difference between Singapore and Zhoushan has capped the bunker demand around Singapore in April. The bunker sales in April is expected to be on par with the volumes of March with a slight reduction. Though the demand is deficient, the Korean shipping companies are still discussing bunker fuel at the ports of Korea because of their cargo works.

Refineries in China have significantly expanded their fuel oil production after Beijing allowed a value-added tax (VAT) rebate on domestic fuel. The fuel is to be produced with low sulphur oil barrels supplied to the country’s bonded zones from February 2020. The energy produced in this method surged 131 percent year on year to 2.69 million mt in the first quarter of 2021.

Chinese refineries can offer bunker fuel at competitive prices because the costs of locally produced fuel are lower than importer cargo. They are already equipped with desulphurisation units and do not require extra investment to make the oil.