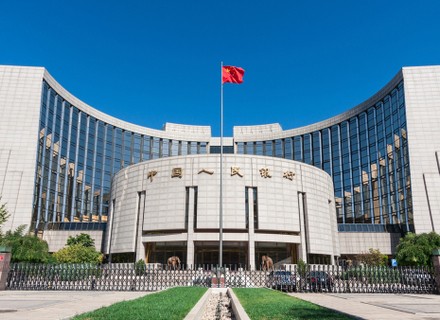 The People’s Bank of China (PBOC) recently announced that it would raise the money that financial institutions must set aside for their foreign exchange deposits to slow the yuan’s rise, according to the media reports. The increase has been made from five percent to seven percent and will be effective from 15 June 2021. The raise is aimed at strengthening foreign exchange liquidity management for financial institutions.

A rise in the yuan-US dollar exchange rate implies that the yuan has weakened as it costs more to buy one US dollar. The recent move by PBOC is a sequel of yuan hitting a fresh three-year-high against the US dollar and a five-year high against a trade-weighted basket of currencies. It also follows a recent warning by the Chinese regulators about the risks of hot money flows.

If the market participants set aside a large amount of foreign exchange holdings as reserves after the PBOC announcement, it will reduce the dollar liquidity of the market. It also limits the decline in the dollar and rise in the yuan.

Media reports stated that the yuan depreciation risks should not be ignored especially when the possibility of the US Federal Reserve to begin tapering its loose monetary policy is high. This could also redirect the supply chains as the global economy reopens.

UAE to lower diesel and petrol prices from September 1