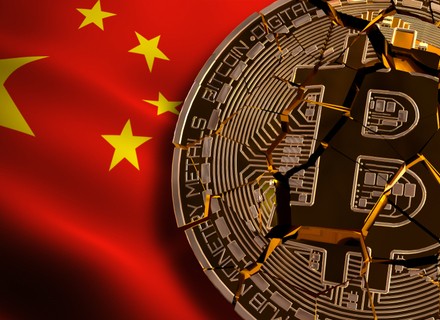 China has recently announced a ban on the trading of cryptocurrencies by financial institutions and payments companies, according to the media. The latest ban states that the firms cannot offer their clients any services that involve cryptocurrency transactions and warned investors against speculative crypto trading.

This China crypto ban does not allow registration, trading, clearing and or settlement of cryptocurrency within the country’s firms. The institutions are to neither provide saving, trust or pledging services of cryptocurrency nor issue financial products related to cryptocurrencies.

After the cryptocurrency prices skyrocketed and speculative trading rebounded, the ban was implemented by the state that severely infringed on the safety of people’s property and disrupted the standard economic and financial order. Though the country has banned the exchange of cryptocurrencies and initial coin offerings (ICO), it has not banned individuals from holding cryptocurrencies.

The statement highlighted the risks of virtual trading currencies as a real value does not support them. Their prices are also easily manipulated, and Chinese law does not protect the trading contracts. It is to note that in 2017, Beijing made its first move against digital currencies. It shut down its local cryptocurrency exchanges, hitting its market that had accounted for 90 percent of the global bitcoin trading. In 2019, the People’s Bank of China issued a statement saying it would block access to all domestic and foreign cryptocurrency exchanges and ICO websites. It was aimed to clamp down on all the trading of digital currencies with a ban on foreign trade.