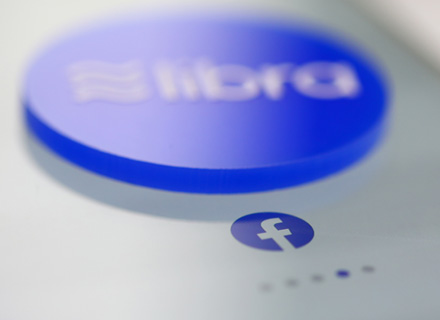 The first ever digital currency was launched in 2009, called bitcoins. Since its inception, over 6000 different alt-coins have been created similar to bitcoin. Fast forward to 2020, and central banks in various regions are considering issuing their own digital currencies. In 2015, Tunisia became the first country in the world to issue a blockchain-based national currency called eDinar, also known as Digicash or BitDinar.
In the recently held World Economic Forum 2020 in Davos, the possibility of Central Bank Digital Currency (CBDC) was heavily discussed. Not only that, the world’s first digital banking consortium was also announced in Davos. The initiative, called the Global Consortium for Digital Currency Governance, is launched with an aim to bring together major financial institutions, top multinational companies, government representatives, academics and members of the World Economic Forum for the possible launch of CBDCs.
The World Economic Forum also released CBDC Policy‑Maker Toolkit, a 28-page guide regulatory framework aimed at giving central banks a form of assessment of whether or not they need to develop a digital currency to benefit their economy. After Facebook launched its stablecoin Libra last year, various central banks have accelerated the process of issuing its own digital currency. A survey conducted by the Bank of International Settlement revealed that around 1.6 billion people could have access to CBDCs in the next three years. However, cryptocurrencies and CBDCs are not the same thing.

How does CBDC differ from cryptocurrencies?
Digital currency is a broader term, under which both cryptocurrencies and CBDCs are classified. CBDCs are the digital form of traditional money, and are developed and regulated by the central banks. While cryptocurrencies, on the other hand, are regulated by online communities and not by a centralised body. However, both operate under similar technologies such as blockchain- a ledger system that tracks all transactions and are linked through a peer-to-peer network.

Cryptocurrencies are very volatile in nature. Over the years, the market has witnessed its value dropping or increasing by 10 to 20 percent within a short period of time. That will not be the case for CBDCs, since they are just the digital version of the existing currencies. The values of CBDCs are determined by factors such as monetary and fiscal policies and trade surpluses; however, the values of cryptocurrencies are completely determined by the market.
It is also important to note that there is a difference between CBDCs and ecash as well.

Central banks taking the indicatives ahead
The People’s Bank of China started researching digital currency in 2014. The project was called DC/EP: Digital Currency/Electronic Payments. Recent media speculations suggested that China could launch its own digital currency in 2021. Due to the outbreak of the Covid-19, many believe the process of launching the digital renminbi could be fast-tracked to help curb the spread of the virus, which originated in the Chinese city of Wuhan.
In the month of December, China also carried out the first real world pilot testing of its digital currency in certain cities. The push for a digital currency was also fast-tracked after Facebook launched its own digital currency called Libra. China wants to be the first country to launch a CBDC and establish itself as a leader in the digital economy.
Once online, the digital renminbi will function as a replacement for the paper version. Since it will not be a whole new currency, it is expected to be stable and less volatile like other cryptocurrencies such as bitcoin. The currency will also be monitored by the central bank, thus it will not have anonymity like bitcoin. Recently, the Chinese government also implemented new laws with regard to online encryption as a part of its plan to launch its digital currency.

In order to counter China, Japan too might launch its own digital currency in the next two to three years. The head of the banking and finance systems research commission at Japan’s Liberal Democratic Party, Kozo Yamamoto recently revealed Japan’s plan to launch the digital version of yen.
Countries such as France and Canada are too mulling issuing a digital currency in the near future. The Bank of England recently issued a discussion paper about the possibility of issuing a digital pound. However, the central bank did acknowledge that an electronic pound could be destabilising for its commercial banking system. The Central Bank of Bahrain too conducted a study on the possibility of issuing a digital currency of the Bahraini dinar. In the future we may see the GCC countries issue a joint digital currency, however, there are no such plans as of yet. Similarly, the European Union (EU) too could contemplate such a step in the near future. Interestingly, Venezuela technically has its own cryptocurrency, the ‘Petro’.

Digital currency and its legality
In the month of March, the South Korean National Assembly passed a new legislation that will provide a framework for the regulation and legislation of cryptocurrencies and crypto exchanges in the country. However, cryptocurrencies still remain banned in major emerging markets across the globe. China, who is in the process of bringing its own digital currency online, through a notice warned its citizens about the risks of bitcoin as it did not have equal legal status as currencies.

Japan too, only recently enacted the Payment Services Act (PSA) which allows a number of cryptocurrencies and exchanges to be used for payment and trading purposes. In India, the central bank barred banks and financial institutions from dealing in cryptocurrencies. The country’s Supreme Court recently intervened and asked the central bank to change its stance on currencies. In England, there are no laws to regulate the cryptocurrencies; however, the governor of the Bank of England reportedly stated that regulation of cryptocurrencies is necessary.
Countries that have gone ahead and declared cryptocurrencies as illegal include Algeria, Ecuador, Bangladesh, Macedonia, Nepal and Bolivia. However, it is legal in countries such as the Philippines, Indonesia, Malaysia, Thailand, Vietnam, Switzerland, the UK, Australia, Ireland, Spain, Portugal and Denmark.
It is evident that even though many countries were not open to the idea of digital currencies, things are changing fast. 11 years since the launch of bitcoin and now many central banks are mulling launching their own digital currencies. New laws are being drafted and to bring digital currencies into the financial system, be it cryptocurrencies or CBDCs. By the end of this decade, CBDCs could change the global monetary landscape and how we deal with money. In the future, we could see other emerging economies follow South Korea and completely legalise cryptocurrencies and its exchanges. We could also see a scenario where CBDCs are competing with cryptocurrencies in the digital market.

Central banks’ push for digital currencies
While cryptocurrencies have existed for more than a decade now, why are central banks pushing for a digital currency now? This could be based on Facebook’s decision to launch its stablecoin Libra. Many experts who have studied cryptocurrencies over the years believe Libra to be a game changer. Since it is a stablecoin, it is less volatile because it will be pegged with a basket of fiat currencies and government securities. If Facebook decides to add Libra to all Facebook products, it will bring a billion of people under the cryptocurrency ecosystem, thus establishing global dominance. Experts also believe Libra will significantly increase the rate and penetration of crypto adoption globally, both for Libra and other currencies like Bitcoin. If regulators approve Libra, sending money through Libra would become as easy as sending a text message or a photograph. For a Chinese immigrant working in the US, sending money to his family back home would become as trivial as forwarding a text message to a friend.
Some of the central bank’s decision to launch its digital currency could be to counter Facebook’s Libra which they see as a threat. However, whether Libra gets approval from the US regulators is a different story, as many US congressmen fear legalising Libra could end the US dollar’s global dominance.

Edge over paper currency
As emerging nations are pushing for digitalisation, the introduction of CBDCs could give their digitalisation process a significant boost. Cash management, on the other hand, is also an expensive and arduous task for the central banks. The introduction of CBDCs could lower the cost associated with providing a national source of income. There are no production or storage costs either. In short, it can prove to be a costless medium of exchange. It will also help the economies become cashless which inversely boost transparency and contribute to a greater macroeconomic stability. Also, experts believe CBDCs will help developing nations improve their financial inclusion. With the introduction of CBDCs, these economies can bring the unbanked section under the country’s financial system.

Since the fintech revolution that changed the very global financial landscape, the payment landscape in many emerging economies has become narrowly concentrated. Many central banks believe the increasing concentration of the payment system in the hands of few companies could prove to be a matter of concern. In such cases, the introduction of a federal regulated digital currency will help keep the market under check. Also, CBDCs are expected to improve the resilience of the country’s payment system.
Experts also argue that CBDCs have the potential to increase the economy’s response to changes in the policy rate. Some believe the central bank could even charge negative interest rates in times of an economic crisis, thus shattering the zero lower ground.

According to the IMF, the introduction of CBDC would facilitate more rapid and secure settlement of cross-border financial transactions.

While many see the introduction of CBDCs as a game changer, for a central bank to introduce it to the economy, it has to overcome various challenges as well. For CBDCs to operate seamlessly, the central bank must ensure that a proper foundation is laid when it comes to infrastructure. Power outage and internet disruption may hinder the functionality of CBDCs. So central banks must ensure a coherent ecosystem is created where the citizens of the country have access to the internet, even in rural or geologically challenging areas.

While CBDCs may not incur production or storage cost compared to paper currencies; however, they may require additional monitoring and compliance, which adds to the cost. Another challenge that CBDCs will face is geographical limitation. While paper currencies might be exchangeable in other countries, they may or may not accept the digital version. So CBDCs could be limited to the country of origin. CBDCs will also affect the banking system. Banks will lose deposits, which could adversely affect the economic growth of the respective countries.
Another challenge that central banks must overcome is the scalability of technology such as blockchain. Even though blockchain is a tech for the future, will it be able to process the same number of transactions that Visa can? For a country like China, millions of financial transactions are carried throughout the day; will blockchain be able to take the load? Also, many would argue that they will lose financial privacy, since every transaction carried out by using digital currencies will be logged and available for authorities to scrutinise.
It is no doubt; digital currencies will dominate in the future, and cash transactions will be marginalised. However, central banks must ensure digital currencies are provided the right infrastructure and they adopt the right technology, monitor digital innovation and also invest in research and development.

How can blockchain disrupt banking?