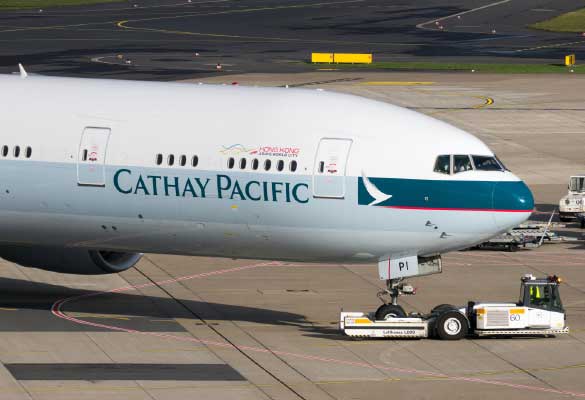 The Hong Kong-based Cathay Pacific is mulling altering the route of its New York-Hong Kong flight to make it the longest non-stop commercial passenger flight in the world, reported news agency AFP. The new proposed route will see the flight flying around Russia instead of inside mainland Russia, once it is approved by all regulatory authorities.

Currently, the Singapore-New York flight of Singapore Airline is the longest scheduled flight in the world covering 15,343 km in roughly 18 hours.

Since February 24, when Russia went to war against Ukraine, many airlines have been forced to alter their route to ensure safety. International carriers especially those of the US and Europe have also stopped flying in and out of Russia as part of the West’s mission to isolate Kremlin.

However, Cathay Pacific, unlike other airlines, did not categorically state that they are changing the course of the flight to avoid flying over the conflict zone in Ukraine. Instead, Bloomberg quoted an airline spokesperson who said that the route in this season will see strong seasonal tailwinds.

According to the airline, the journey will take 16-17 hours covering 16,668 km mostly over the Atlantic Ocean as opposed to the previous route which was over the Pacific. Compared to this, the old route would cover 12,989 km in approximately 15 hours.

The airline deploys an Airbus SE A350-1000 plane for the route. It is also not clear whether the airline will shift back to the original flight path once the war subsides.

China is among the significant ally of Russia amid this period of escalated ostracization that Moscow has been subjected to by the US-led Western coalition.