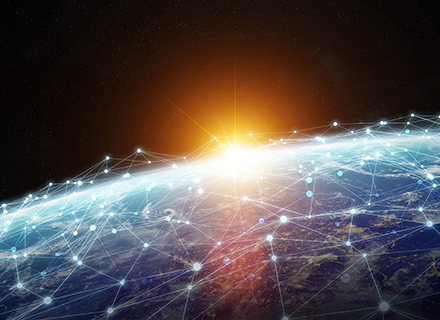 Digital transactions across the globe have become seamless after the inception of blockchain technologies. However, many people don’t have any idea about it. In simple terms, a blockchain is a digital record of transactions in virtual currencies such as Bitcoin, Litecoin, etc. Blockchain technology has spurred digital transformation in various segments amid the outbreak of Covid-19 pandemic. Therefore, it is expected that the blockchain market size will expand to $39.7 billion from $3 billion by 2025, at CAGR of 67.3 percent between 2020 and 2025. Global blockchain market size will exponentially grow in the coming years.

A new study has revealed that the United Kingdom is among the best-positioned nations to benefit from blockchain technology. Blockchain technology could have the highest potential net benefit of $440 billion in China by 2030 and $407 billion in the US. Furthermore, these are the four other economies that are expected to benefit by over $50 billion by 2030- India, France, Germany and Japan. J. Christopher Giancarlo, Chairman of U.S. Commodity Futures Trading Commission, free markets foster , told the media “creativity and economic expression to promote human growth and advancement.” This assertion comes from the belief that “sustained prosperity” is a natural by-product of “open and competitive markets, free of political interference, combined with free enterprise, personal choice, voluntary exchange and legal protection of person and property.”

What PwC has to say about the UK?
According to PwC, the UK economy could be boosted by £57 billion by 2030 using blockchain technology, while the global economy could see a $1.7 trillion boost. Furthermore, the UK’s public sector will be the biggest benefactor. Blockchain technology initially entered the UK’s financial space. The technology has impacted industries such as energy, freight, logistics and automotive sectors other than the financial sector.

Different organisations and experts are researching the impacts of the broader economic impact of broader technologies, partly as a positive sign of recovery despite the continued uncertainty, which is prevailing around the pandemic. Earlier, Nokia said that 5G technologies has the potential to add $8 trillion to global GDP by 2030. PwC reports indicate that a supportive policy environment is required for blockchain technologies to flourish and become more successful in the long run. The PwC reports state that many companies in the UK have been prioritising tracking and tracing since the outbreak of the pandemic, with the segment expected to bolster the nation’s economy by £30 billion by 2030. Furthermore, the report highlighted the wider applicability of such use cases, from industries such as heavy industries to fashion labels.

The UK economy is expected to be bolstered by £13 billion by the payments and financial services with identity management at £8billion. The customer management is pegged at £1.8 billion, while the dispute resolution is pegged at £3 billion, as loyalty programs further extend their capabilities into a much wider range of private and public segments. Steve Davies, global blockchain leader at PwC, told the media, “Blockchain has long been associated with cryptocurrencies such as Bitcoin, but it has much more to offer, particularly in how public and private organisations secure, share and use data. As organisations grapple with the impact of Covid-19, we have seen an acceleration in many disruptive trends. Our analysis shows the potential for Blockchain to support UK organisations in how they rebuild and reconfigure their operations, underpinned by improvements in trust, transparency and efficiency. One of the biggest mistake’s organisations can make with implementing emerging technologies is to leave it in the realm of the enthusiast in the team. It needs C-suite support to identify the strategic opportunity and value, and to facilitate the right level of collaboration within an industry. Establishing proof of concept uses which can be scaled up if successful will enable businesses to identify the potential uses of Blockchain, while building confidence and trust in its ability to deliver.”

Global blockchain scenario in 2021 and how it will impact the world economy?
In the first scenario, projects are expected to come to a halt. It is believed that the long-term strategic projects will be put on hold because of volatility and downturn caused by the outbreak of the Covid-19 pandemic which has compelled various corporates to pull back from some of their more long-term DLT-related projects temporarily. The projects which will need changes to the market structure for a longer-term are mostly operating to the extended timetable. Furthermore, these projects have been scrambling to schedule budgets for experimental and R&D projects during the pandemic.

According to IDC research, prominent in-industry value chains powered by blockchain technology will have broadened the scope of their digital platforms, reducing transactions by 35 percent. It is forecast that 30 percent of manufacturers and retailers globally will have established digital trust through blockchain technology, enabling collaborative supply chains. It is reported that this prediction is made beyond the reduction in transaction cost. For now, 42 percent of companies have already deployed at least one active blockchain pilot, but several of those projects were led by one or two companies. An example of that is Walmart. Blockchain technology is revolutionising processes to great length.

That said, digital transformation has become essential for corporates and therefore it can’t be considered as an option. There is a dire need for corporates to spur their digital transformation process to become more robust than before due to the pressure created by the pandemic on them. In the coming years, blockchain technology is expected to transform the way businesses operate. Many companies and industries, therefore, have chosen blockchain technology as the tool to spur their digitalisation process.

But there is anticipation of virtual currency fraud on the rise. There is no doubt that 2020 has been a successful year for the virtual currency segment. However, the only thing that is affecting the sector is that the surge in fraud cases. In recent times, the global crypto exchange has suffered downturn and high-profile hacks. Furthermore, over 20 percent of the total theft volume last year were the decentralized finance (DeFi) companies. The world may see a surge in crypto fraud such as fake crypto investment platforms, fake crypto wallet scams and crypto hijacking.

China will progress faster than any other nation
China, being a progressive country, is leading the global blockchain stage and will continue to dominate this year too. Blockchain technology has assisted China to transform its economy rapidly, which is well beyond the reach of other global virtual currency markets. China’s government is aiming to make blockchain an integral part of the country’s digital infrastructure through a new infrastructure national initiative and is backed by the government’s blockchain-based service network.

The country’s ambition is to provide global public infrastructure through blockchain technology. China is almost gearing up to launch its own Crypto Yuan, while other European economies are mulling to roll out their own digital currency.

How will the financial segment shape up?
The world is also expected to witness that private blockchains are likely to retain the largest market size this year and will become the primary contributor towards the global market growth. The private blockchain delivers more opportunities to corporations in terms of utilising the blockchain technology for B2B use cases. Private blockchain has the capability to deliver higher efficiency, privacy, reliability and transparency. It is also secured through private keys that are only authorised to specific people in a company or organisation.

The financial segment is deeply affected by the pandemic compared to other industries. Banks have been compelled to adapt and fulfil their customer requirements due to the profit dip and tight margins. Therefore, the adoption of blockchain technology and fintech will pave the path for them to enhance and streamline their operations. The process has the potential to spur the growth of a company in the field of contactless transactions and enhanced financial services. The banking and financial segment will exponentially adapt to blockchain technology in the coming years. Thus, the sector is likely to hold the largest market size in the global blockchain market in the future.

This trend is likely to be witnessed this year where several economies will intensify their search for stricter and tighter regulation. The governments are likely to implement a set of new fintech regulations over the next five years due to uncertainty and security issues including the growing digitalisation. The concerned topics for the economies will be blockchain, digital banking and virtual currencies.

Regulators can’t ignore issues such as DEFI because there is a surge in finance transactions outside traditional institutions and mechanisms. Meanwhile, the European Union is planning to introduce an EU-wide regulatory system for crypto assets markets.

What does the future hold?
The blockchain adoption has the capability to enhance cheaper and streamlined payments and it will transform world economies. Therefore, the global companies and organisations must try to embrace the innovation that the technology produces for the economies. People shall understand the mechanism of how blockchain technology may enhance and improve the remittance payments experience for individuals. It will also assist an economy to grow.

The real impact of the distributed ledger technology is still under speculation; however, people have started to use it in real time. Blockchain technology will enter the industry sector soon. Garter in 2017 said that blockchain’s universality can be compared to all things digital.

How is Islamic finance performing?