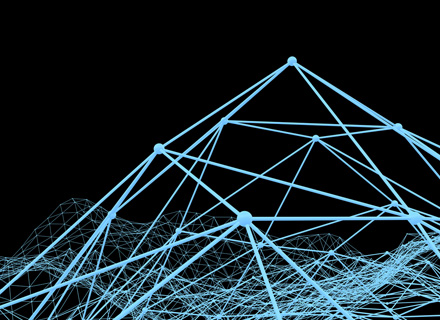 The UAE has a significant lead over other nations in the region in successfully deploying blockchain use cases, especially in banking. For example, when the government of Dubai established the Global Blockchain Council which deeply focuses on research and development in distributed ledger technology — it clearly reflected the country’s openness to adopt blockchain innovation practices at global level. The council comprises 46 members including international companies, leading UAE banks, free zones and other international blockchain technology firms with great potential to become significant players in the blockchain innovation ecosystem.

The working mechanism of blockchain in banking is simple yet effective. The technology is a real-time open ledger upon which other technologies and applications can be built to securely transmit data and value, minimise human error, build efficiency, reduce payment processing cost and create new products and services that can open up new revenue streams. These unique characteristics of blockchain are all important to the UAE’s vision of futuristic banking and to support global payments at large.

The first step toward blockchain development
In 2017, the Central Bank of the UAE announced a blockchain-backed Project Aber with the Saudi Arabian Monetary Authority. The project introduced as a proof of concept aimed to issue a digital currency that can be accepted in cross-border transactions between the two countries. It will connect a limited number of banks in each state to a distributed ledger framework which then forms the core of a new central financial transfer system between the UAE and the Kingdom of Saudi Arabia. It was the first time that both countries worked together on the distributed ledger technology.

The main aim of this interbank transaction project was to closely understand the feasibility of blockchain through practical application and its impact on the remitancess. and assess the potential technical risks. A joint official statement issued by both countries stated that the project might also lead to the possibility of using the system as an additional reserve system for domestic central payments when it comes to fruition.

Another bank which committed to improving trade finance using blockchain is the Abu Dhabi Commercial Bank. The bank is using Singapore’s dltledgers blockchain platform to run an end-to-end blockchain trade finance transaction. In practice, the network allows the bank to serve corporate customers in real-time with increased transparency and robust cross-border interconnectivity. The dlt ledgers blockchain platform combines both supply chain traceability and the key aspects of trade finance. It appears that more than 30 banks and 400 traders are on this platform.

Last September, the National Bank of Fujairah joined forces with Marco Polo, the international blockchain-based trade finance, to build a network which brings together some of the world’s leading financial institutions and corporations, including Mastercard, Natwest, Microsoft, Oracle and Bank of America among others.

The Marco Polo network is of great significance because of its swift trade and capital finance network. In terms of mechanism, the network is built on R3 Corda enterprise blockchain targeting corporate clients and small and medium enterprises. The network’s core application software, Marco Polo Platform, is licenced and developed through TradeIX’s open framework for easy access and customisation.

Interestingly, the National Bank of Fujairah as a member of the Marco Polo network, has access to the Universal Trade Network, to create blockchain trade finance standards and improve interoperability between blockchain networks globally.

Blockchain ups the authentication game
Emirates NBD, in fact, has become the first bank in the UAE to use blockchain in the prevention of checque-related frauds.

The bank’s Cheque Chain project enables a QR code which is laid out on every single leaf of newly issued checkbooks. The blockchain power then allows the code to register each of the cheques on the technology platform. This process also involves the bank’s staff to validate the authenticity of the cheque and have full access to its source at any point in time. The project was so unique that the bank saw more than one million customers register in the first month. Such innovations can have an outsize effect on not only the banks but the security standards across the UAE banking sector.

Because each blockchain innovation gives more power to the sector, the National Bank of Abu Dhabi has concentrated on introducing real-time, cross border payments on the blockchain to ensure massive cuts transaction time and costs. This move has made the bank the first in the Middle East and North Africa to do so. These cost cuts are vital to the UAE which accounts for more than $19 billion of remittances annually, according to World Bank data.

In the big picture, the consortium will support the asset quality, franchises and profitability of the banks in the country by reducing operations risk and improving compliance with local and international KYC regulations. The solution is credit positive for UAE banks as it simplifies the process of on boarding and exchanging customer data. It is so efficient that people in Dubai will only have to enter their personal data or business credentials on to the platform once for the creation of immutable records.

The solution can help the government eliminate 398 million paper documents and 77 million work hours annually using blockchain and in turn can save $3 billion in document processing and transactions. For that reason, the government is planning to achieve annual savings of more than Dh 10 million.

UAE’s oldest private bank taps KYC Blockchain
Dubai International Financial Centre and Mashreq Bank collaborated to launch a new blockchain data-sharing platform. The platform is a milestone in the history of blockchain in the UAE because it not only allows licenced businesses and corporations to open digital bank accounts instantly but is makes the technology more versatile in its use. Essentially, those establishments can seamlessly verify their identities through an internal blockchain platform.

Mashreq Bank, on its part, has eliminated the existing paper-based KYC procedure and has replaced it with a blockchain-powered solution. In the next step, the information is shared electronically with the bank through the blockchain platform after receiving consumer consent—and evidently, new companies seeking to set up base in the emirate will not face any delay.

Regulatory policies are becoming favourable
The UAE banks’ more recent efforts in using blockchain have been strengthened on the back of positive regulations. In fact, the country is more conducive to crypto asset-based innovation compared to the West where they are still mulling on the regulations.

For example, in 2018, the UAE financial watchdog Securities and Commodities Authority approved a plan for regulating initial coin offerings in the country and transforming these issued tokens into securities.

Last year, the Securities and Commodities Authority also drafted a cryptocurrency regulation policy, while seeking advice from industry experts. The main focus of the regulation is customer protection and anti-money laundering—and in addition is hoped to provide greater clarity for blockchain-related projects in the Middle East.

Because of these reasons, leading regional and global fintech companies are considering the Dubai International Financial Centre as their preferred jurisdiction to scale up their business. Blockchain has greater performance capabilities and compounded by the UAE’s positive outlook is anticipated to have huge inflows of institutional investors.

The study found that 62 percent of government respondents in the UAE said it was difficult to bring together diverse stakeholders, while 67 percent of corporates and 62 percent of blockchain service providers pointed to regulatory uncertainty.

With the coordinated efforts of the government, financial authorities and the banks, the UAE is expected to overcome the blockchain innovation challenges. The collaborative nature of projects led by UAE banks and government bodies testify to the country’s willingness to fully leverage the benefits of blockchain adoption and innovation in banking.