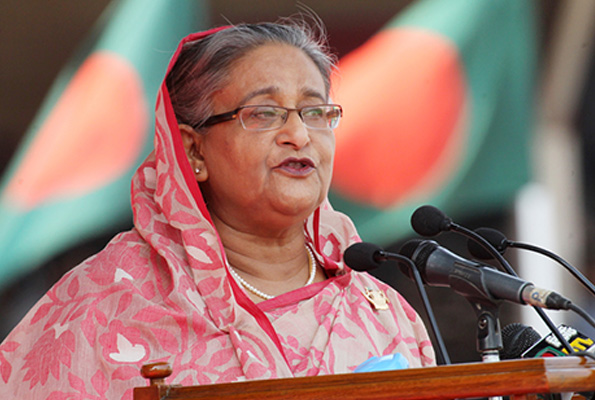 By 2026, Bangladesh is expected to graduate from the category of “Least Developed Country” to that of “Developing Country,” earning the moniker “development miracle” from commentators.

But all of a sudden, Bangladesh is having to deal with analogies to Sri Lanka, whose economy has recently fallen into a free spiral. Bangladesh’s social media and mainstream media are saturated with rumors that the country will soon collapse like its neighbor to the south.

Everyone has weighed in to explain why they think Bangladesh is still far from experiencing a cataclysmic implosion similar to that which occurred in Sri Lanka, from the prime minister’s office to associations of distinguished economists to the American embassy in Dhaka.

The combined economies of Pakistan and Sri Lanka are around the size of Bangladesh’s GDP. Bangladesh has USD 39 billion in foreign exchange reserves, more than double the combined USD 18 billion of its two neighbors.

The total debt-to-GDP ratio for Bangladesh is a little over 31%, while Sri Lanka’s is 119%, according to the finance ministry. Bangladesh outperforms other significant South Asian countries in key socioeconomic measures and has a greater per capita GDP than India.

Now, the question arises why Bangladesh is concerned about the country’s scooping down to the level of Sri Lanka’s sliding economy.

The explanation can be found in three crucial commonalities between the countries rather than in economic figures, which may have escaped the notice of some outside analysts. These include dynastic tyranny, cronyism and corruption, and vanity projects fueled by debt.

Bangladesh has been dominated by the Awami League Party, led by the family of Prime Minister Sheikh Hasina, for the past 14 years, much like the Rajapaksa political dynasty that lead Sri Lanka into its current wasteland of misery.

Unlike the Rajapaksas, who were at least democratically elected on multiple occasions, most recently in 2019, Sheikh Hasina was re-elected in 2018 following a vote in which it was suspected that the country’s security forces had stuffed ballot boxes the night before the election.

The results were as lopsided for the ruling Awami League Party, who received 96% of the seats, as they typically are for the governments of North Korea, Syria, and Cambodia.

Both the Rajapaksas and the Sheikh family have derived their political credibility over time from their legendary leadership during the conflict.

The Sri Lankan government defeated the Tamil Tiger guerilla forces in the country’s decades-long civil conflict in 2009 under the leadership of the then-president Mahinda Rajapaksa and his brother, the defense minister Gotabaya Rajapaksa.

ADNOC expands in 19 countries and establishes its presence in Africa