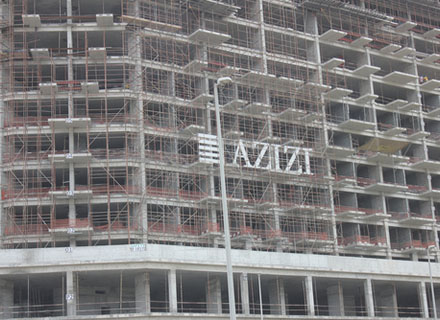 Azizi Developments recently celebrated the delivery of Mina on the eastern crescent of the iconic Palm Jumeirah according to the media. Mirwais Azizi, founder and chairman and Farhad Azizi, CEO of Azizi Developments, officially inaugurated Mina amidst senior members of the company, government authorities, media representatives and key partners.

Mina will become home to owners and tenants who will get to savour high-class living in one of the most eminent places in the entire UAE. Mirwais, while addressing the media, said, “While we are handing over 46 world-class projects across Dubai this year, all of which are exceptional and distinguished in their own way, Mina is undoubtedly one of the most touching inaugurations for us”.

The development is about 38,500 square meters built-up, it features 178 units, comprising 120 one- and 54 two-bedroom residences along with four penthouses. The project also houses several retail units across 1,847 square meters of commercial space. Mina unit prices start at Dh2,000 per square foot and the total value ranging from Dh2.6 million for a one-bedroom apartment to Dh26.8 million for a penthouse with a private pool. Almost 96 percent of the development is currently sold out to over 41 nationalities and the rest four percent having just been released.

The delivery of Mina is a sequel to the commitment of Azizi to complete over 10,000 units this year and deliveries scheduled in Al Furjan, Riviera in MBR City and Dubai Healthcare City. It is to note that, earlier, the leading private developer in the UAE delivered homes at its key location, Shaista, a well connected residential and commercial condominium in Al Furjan.

Akur8 secures $30 mn in Series B funding for international expansion