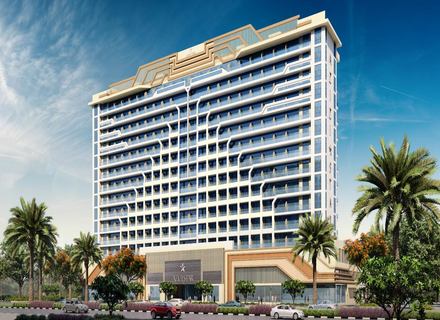 Dubai-based leading private developer Azizi Developments recently announced that 98 percent of construction work for Star had been completed, according to the media. Star is a 499-unit well-connected condominium project strategically located in Al Furjan, the heart of Dubai’s new growth corridor.

The developer is all set to finalise the 499 units, 486 of which are residential and the remaining 13 being highly sought after retail spaces. The residential units comprise 334 studios, 48 one-bedroom and 94 two-bedrooms apartments and 10 luxurious sky villas. The process of handing over is scheduled for June, according to Azizi.

Azizi reported that the structure, blockwork, internal plaster and tiling at Star had been fully completed. The heating, ventilation and air conditioning (HVAC) and the second mechanical, electrical and plumbing (MEP) fix recorded 98 percent completion. External works progress has reached 90 percent, along with the swimming pool nearing 87 percent completion. The façade works are fully completed, and the overall finishing and elevator works are also nearing completion.

Farhad Azizi, chief executive officer of Azizi Development, addressed the media and expressed his and the stakeholders’ excitement about completing the project. He added, “With construction progressing so rapidly, we are seeing approximately 10,000 units being completed this year, with Star alone marking 499 of these.” He stated that hundreds of families would be receiving their keys in the coming weeks. He expressed his gratitude to Dubai’s leadership for continuously enabling and inspiring the firm to push boundaries and achieve excellence. He also thanked people involved in the world-class project.