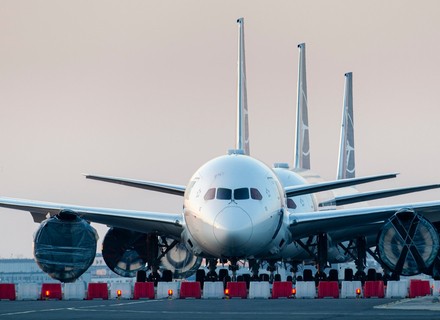 The demand for global cargo and passenger flights for Asia-Pacific Airlines (AAPA) is not showing any signs of rebound. The report has been produced by the Association of Asia-Pacific as part of its preliminary September 2020 traffic survey.

It is reported that the number of passengers who took an Asian-Pacific flight in September was 1.1. million, which is 3.6 percent less than the 30 million that travelled during the same period in the previous year. The offered seat capacity was 11 percent, slightly higher than last year. However, the international passenger load factor was just 31.7 percent.

The global manufacturing conditions slightly improved. However, few Asian economies are struggling in exports. The international cargo demand recorded a year-on-year slump of 17.5 percent in September. Also, there was a 29.9 percent slump in the offered freight capacity, which surged average international freight load factor by 10.6 percent, to 70.6 percent in September.

AAPA Director General Subhas Menon, told the media, “Airlines are struggling to survive as international air travel remains severely curtailed by onerous travel restrictions. Without recapitalisation or fund injections, several of the region’s carriers face an existential threat. Thousands of aviation jobs are already lost, with more at risk. While the establishment of green lanes and travel bubbles in the region is a positive first step, their disparate and restrictive requirements make it difficult for these to take off meaningfully. It is critical that governments implement consistent and coordinated measures based on objective risk assessment to help restore confidence in air travel. The Association remains committed to working with governments and industry stakeholders to safely restart international air travel as a matter of urgency.”

Brazil aims to reach 37% GDP growth over the next decade