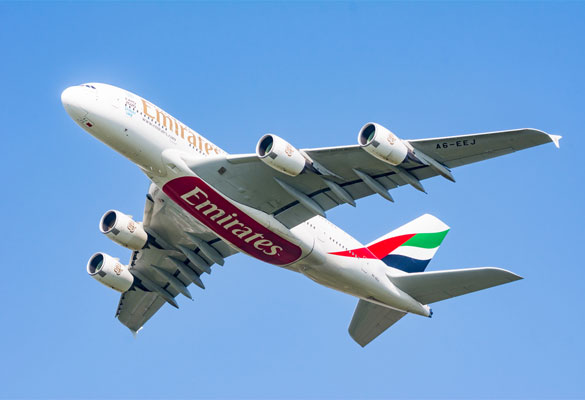 With Australia gearing up to open its borders to travellers from November, Dubai’s flagship carrier Emirates Airlines is enhancing its operations to the country to meet pent up travel demand to and from the country, according to media reports. The airline also mentioned that its operations to Sydney and Melbourne will be increased from next month.

Thanks to the active vaccination campaigns in the region, New South Wales has achieved its targeted vaccination rates with Victora following closely behind. The country will allow citizens from both countries to return to Australia without quarantine.

With the news of the latest eased restrictions in Australia, Emirates took this opportunity to ramp up its frequency on flights between Dubai and Sydney to daily operated by a Boeing 777-300ER and the ones flying to Melbourne as a four-weekly service, but if demand increases, then the frequency too will.

With the newly eased restrictions, permanent residents and citizens of Australia will be able to enjoy travel like before from these two points for the first time since the beginning of the Covid-19 pandemic. But in order to travel without facing any restrictions, travellers have to be fully inoculated with a TGA-approved vaccine. Emirates Airline also predicted that their flight capacity to Sydney and Melbourne will also return to 100 percent.

Barry Brown, Emirates divisional vice-president for Australasia told the media, “Starting November 1, Australians will also be able to plan a holiday and travel internationally. Of course, that’s good news for us as we are ready to serve those customers with access to our network spanning more than 120 destinations via our hub in Dubai, which is convenient for those considering a stopover to embrace the wonders of Expo 2020 Dubai.”