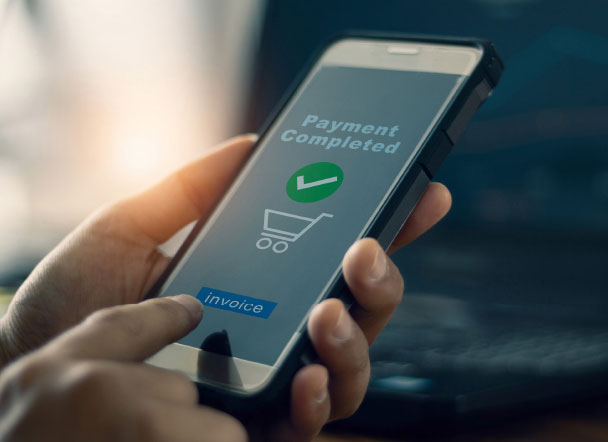 Since its inception, fintech has revolutionised how we manage our finances. Be it purchasing coffee from your local shop or managing your finances, fintech is all around us. The global fintech market’s incredible growth saw it reach $111,240.5 million in 2019, having grown at a compound annual growth rate (CAGR) of 7.9 percent since 2015, according to a research report. The sector is further expected to grow at a CAGR of 9.2 percent to nearly $158,014.3 million by 2023.

Due to its popularity among the mass, fintech has become popular amongst a lot of applications and has also changed the way people access their finances. From mobile payments app to insurance and investment companies, fintech has brought in a wave of change in the financial and banking sectors, and experts say that it poses a potential threat to the traditional brick-and-mortar banks and financial institutions.

During its inception, fintech was referred to as technology that was applied specifically to back-end systems of banks or other financial institutions. Since then, it has grown and now it encompasses a plethora of other consumer-oriented applications. Fintech has made it possible to manage funds, trade stocks, pay for food, or manage insurance with the tip of our fingers.

Coming to its most popular application, mobile payments with the aid of fintech has surpassed $1 trillion 2019 alone. With the help of increasingly sophisticated technology, these services allow customers to exchange money and payments online or on mobile devices.

While it was fintech that dominated in the last decade, this decade could be for super apps. The very term ‘super app’ was coined just a decade ago, which tells us that it is still a relatively fresh concept. The purpose of super apps is to serve as a single portal to a wide range of virtual products and services in banking, digital payments, bill payments, shopping online, or even booking a cab.

The concept of super apps is an intriguing one and we already have a number of big players dominating the segment in their regional markets. Be it WeChat and AliPay in China, Paytm in India, or Grab in Singapore. Super apps are game changers and they are here to stay. Fintech boomed along with the smartphone market. According to the Mary Meeker Internet trends report, around 3.8 billion across the globe had access to internet in 2019. That is more than half of the world’s population. Amid the pandemic, the internet has
emerged as an avenue for socialisation and helped the global cycle to continue even though people were forced to stay indoors to combat the spread of the Covid-19. In the future, the number is only going to increase and more and more people are going to be drawn into the ecosystem. That is nothing but good news for fintech firms as well as super apps.

What these super apps in emerging markets have managed to create is an ecosystem where the user’s time is monopolised. Super app users do not need to have multiple apps for multiple purposes on their mobile phone. They just need one which solves all their problems. Super apps model are not only growing in emerging markets in Asia but other parts of the world like Latam. There is a possibility that super apps will become the new mode of communication. In the current age, more and more people are using social media to communicate with the world, to amplify their message. We have also seen social media giants such as Facebook and Twitter making strides to the super app landscape. If a super app already provides multiple services to its users like online payments, digital wallets, ride-hailing, or online shopping, the possibility of these apps providing social media services isn’t thin.

The concept of super apps first gained popularity in China. Both AliPay and WeChat dominate the market, nearly with a combined market share of almost 90 percent. In the last decade, nearly $257 billion was invested by China in super apps, compared to just $43 billion by its Southeast Asian counterparts.

However, things are expected to change in this decade, with investments in super app to increase in other markets or regions as well, starting from Southeast Asia. KiwiPay, a Southeast Asian fintech has launched its super app KiwiGo which offers services such as grocery delivery, ride-hailing, food delivery, taxi, last-mile logistics, e-commerce, hotel, international remittances, e-wallet, and other activity booking services.

KiwiGo aims to breach the gap between the founder markets and the rest of the western world with the use of technologies and services that aim to improve our lives and create new opportunities. Founded by Gregory Schmidt, the company has been operating since the early 2010s and has legal offices in more than 20 countries, and partners in more than 40.

Their KiwiPay app enables payments to be done between payees and recipients from different countries, where they activate it through more than 20 emerging markets from all over the world and connecting them with the biggest financial markets. Chief executive officer Gregory Schmidt, while in conversation with Global Business Outlook shares his insights about the future of suide-hailingthese apps providing social media services isn’t thin.per apps.

1. Can you tell us a bit more about your partnership with GIMAC ?

Our partnership with the Groupement Interbancaire Monétique de l’Afrique Centrale (GIMAC) is more than simple cooperation; it puts KiwiGo as a member of the financial community and allows us to interconnect with other members of the banks’ group. This creates a unique position for KiwiGo to become the first cryptocurrency and decentralized mobile payment system to be part of the African financial ecosystem. The GIMAC gives us the ability, both legal and structural, to deploy our mobile payment network using, and partner services (such as WeChat and Alipay to name a few) using our all-in-one QR code technology in Central Africa.

2. What value proposition KiwiGo has to offer that differentiates it from its competitors?

Beyond the financial services, online payment gateways, and mobile payment network, KiwiGo is a full-fledged super app; it has a complete ecosystem of services ranging from food and grocery delivery, ride-hailing, last-mile logistics, online classifieds, and e-commerce. This is both our strength and our core differentiation; we are part of all the levels of services within our markets.

3. Is it true that you are planning to expand into 20 countries by the end of 2021? If yes, which regions are you branching out to, and why?

Yes, in fact, we are already present in other regions such as Southeast Asia and Europe. Our core focus in the second and third quarter this year is to deepen our presence in Central Africa, West Africa and also Kenya, Uganda and Tanzania to name a few. As we grow, our appetite increases and we expect to be in many more countries by the end of 2021 and early 2022.

4. Are Super Apps the future? Can you share your thoughts?

Not only do we believe it is the future, we already see that future being built in other markets; to provide ease of access to a wide range of services in a unique, integrated and simple app is a major benefit. Our belief is that we can make it even simpler, and create a positive ecosystem which will also help financial inclusion and job creation in frontier markets. Those are big dreams but the team is driven by values and guided by principles; we are the ones willing to move forward and we obviously believe in our ability to make it a reality.

5. Can you tell us a bit about the company’s vision?

Obviously, we want things to succeed for us and our partner and become a major leader in frontier markets, and a major participant in their economic growth. As we are developing and the team grows, we have created a principle to guide our thought and establish a vision that can be shared and understood without losing meaning. At KiwiGo we call it the T.E.S principle; that every single project we do should fulfill 3 criterias:
To be technologically feasible and realistic, accessible and rooted in the local use and practice, no false premises and promises,
To be economically viable; for both the company and our user base, as no project will survive if the users do not get an economical benefit from it,
Finally, it has to be part of the society where it operates; to be part of an economy is to be part of it’s society and that comes with inclusion, and understanding.

6. How has the company improved financial inclusion in the countries it currently operates in?

To date, we are establishing collaboration frameworks with local governments (Ministries of Finance), Central Banks and a large variety of the local institutions in every country we operate. We do not pretend to be able to change the world overnight; it is going to be a long time ahead and we are fully dedicated to take it; it all starts by working together with existing local structures.

7. Can you tell us a bit about KGO token and the thought process behind its launch?

Originally, KGO was conceived as a real-life facilitator within the KiwiGo app ecosystem. We aimed at creating a bridge between users and businesses in each country where we operate; and this will be included within a few weeks in our current app.

KGO has now taken a bigger part and identity, especially in the last couple of months, as the community that started to emerge around it made us realise that it could be a unique way of increasing awareness and financial inclusion in frontier markets; we are fully committed in expanding the range of the currency’s application and we believe that it also makes that currency unique. It was first conceived as real-life currency – not an abstract idea – a tangible tool for everyday payments and interactions.

Moving forward, we will implement payment gateways and exchange within our operating countries to allow access to other currencies for the users: opening a whole new range of possibilities for frontier markets.

8. How has Covid-19 changed the fintech landscape? What’s the outlook in the next five years?

We noticed a dramatic increase in the need for mobile payments, the use of delivery and e-commerce. This is a global trend, of course, but it also happened in frontier markets where the mobile ecosystem is much stronger than some western countries as they leapfrogged directly to it. We do not see this decreasing, quite the opposite; cashless services will only increase in the next 5 years, and we will certainly be doing our best to create a network where it is easier for every business and individual to access.