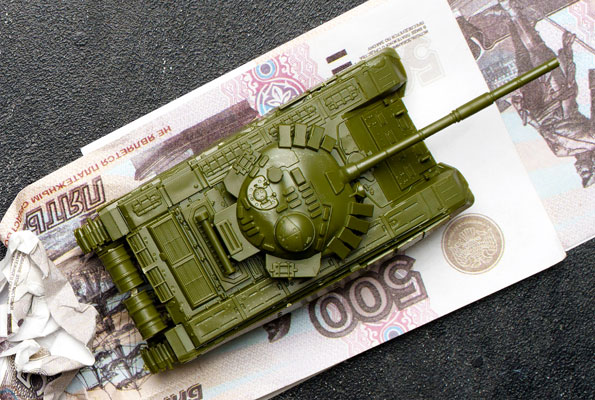 Russia’s economic ties with countries across the world have seen a significant shift as a result of sanctions since 2022 March. In the three decades that followed the fall of the Soviet Union, Russia agreed to the principles of globalised capitalism. Even while political connections between Moscow and the West were frequently unsettling; their economic ties had always been strong.

Russians from the middle class may readily purchase cheap trips to Europe or the newest Western consumer products, such as jeans and smartphones. It would just take a few minutes to complete simple financial transactions like sending or receiving money abroad.

Now, that era might be permanently over. After the Kremlin decided to send its soldiers to invade Ukraine, the United States and its allies in Asia and Europe moved rapidly to impose sanctions against the Russian economy.

They also banned Russian ships and aircraft from entering their ports and airspace, implemented export controls for some cutting-edge technologies, and imposed an embargo on Russian oil and coal, in addition to freezing nearly half of Russia’s financial reserves and booting several of the country’s largest banks out of the SWIFT payment system.

A database from Yale University’s Chief Executive Leadership Institute shows that since the start of the conflict in Ukraine, more than 1,200 global firms have either discontinued or restricted their operations in Russia. Some of these companies are Visa, IKEA, Apple, McDonald’s, and MasterCard.

The new sanctions regime has had conflicting consequences thus far. The gross domestic product (GDP) of Russia decreased by 4% in the second quarter compared to the same period in 2021. This fall is predicted to increase to 7% in the third quarter.

Along with pushing inflation into double digits, the new supply limitations have also hurt Russian manufacturers by denying them access to imports that are necessary for putting together their finished goods. For instance, during the first half of 2022, Russia’s car output fell shockingly by 61.8%.

Nevertheless, the Russian economy has thus far shown more resilience than many had anticipated. The Russian rouble, which lost more than 30% of its value in late February and early March of 2022, subsequently recovered and became the year’s best-performing currency).

Since reaching a record of 17.8% in April 2022, inflation has been steadily declining, reaching a low of 14.9% in August. Between January and July 2022, Russia’s current account surplus reached a record high of USD 167 billion, more than tripling from 2021.

No significant impact on life despite sanctions

Sanctions have not significantly impacted life, at least not yet, in Moscow. There appear to be construction workers everywhere as part of the annual street reconstruction programme in the Russian capital. Pubs, restaurants and cafes in the downtown area are crowded with wild customers. While many Western-owned establishments have been closed for months, shopping centres are nevertheless crowded with customers. The typical customer encounters a wide variety of goods, including international treats, when shopping.

The International Monetary Fund revised its forecast for Russia’s economy in 2022, estimating a 6% decline in GDP rather than the initial 8.5% estimate. Even though it is a significant reduction, it is not as severe as some of the original projections.

According to Anton Tabakh, head economist at Moscow-based credit assessor Expert RA, two reasons were supportive of the Russian economy in the first half of the new sanctions regime. The first was a sharp increase in the export of commodities, particularly energy. A government report estimates that Russia will make more than USD 337 billion from energy sales in 2022, a 38% increase over 2021. An increase in government spending is the second factor.

Due to declining worldwide demand and the implementation of new embargo limitations, Anton Tabakh claimed that Russia’s export boom has certainly peaked. Interacting with Reuters, he also pointed out that following a dramatic decline in early 2022, Russia’s imports have gradually started to recover. The stabilisation of the rouble and enhanced logistics have been the key reasons behind this recovery.

Domestic businesses get a boost

The sanctions have turned out to be an unexpected source of opportunity for certain Russian businesspeople. The mass exodus of multinational corporations from Russia has opened up opportunities for domestic businesses to increase their market share, particularly in industries like food products, cosmetics, clothing, tourism, and construction, according to Nikolai Dunaev, Vice President of Opora Russia, a national association of small and medium business owners.

Nikolai Dunaev said, “There is an overall fall in demand among consumers, but this is not being felt as severely in Russia because much of the remaining demand has shifted toward domestic producers.”

In addition, non-Western economies are becoming more crucial to Russia’s plan for responding to sanctions. For instance, Tabakh said that recent increases in manufacturing in Asia and the Middle East have made it simpler for Russia to find alternatives for the majority of Western goods.

At the same time, Moscow has started using parallel import strategies to close economic gaps. Under these strategies, Russian businesses import Western-branded products from other countries, such as smartphones, cars, and clothing, and then resell them on the Russian market without the consent of the trademark owners.

The most important question, though, is how much of Russia’s economy will be able to go through its “structural transition” over time. Will Russia be able to successfully restructure its economy on a new basis, or will it be destined for decades of economic and technical stagnation?

According to Chris Devonshire-Ellis, founder of the pan-Asian investment consulting firm Dezan Shira & Associates, there are two significant factors that may potentially be to Russia’s advantage.

The first is that Moscow is home to many of the natural resources that are vital to the development of the global economy.

He said, “When you look at Russia, it has the first, second and third highest reserves globally of practically everything. From energy to diamonds, to fresh water, to rare earth and other minerals, it’s an extremely rich country.”

He also pointed out that the Kremlin was not geographically isolated despite its current isolation from the West.

Meanwhile, Henley & Partners, a London-based firm that connects the super-rich with countries selling their citizenships, collected data that indicated that about 15% of Russians with over USD 1 million in ready assets will emigrate following the invasion of Ukraine.

Andrew Amoils, the head of research at New World Wealth, an organization that gathered data for Henley & Partners, said that Russia is haemorrhaging millionaires, and there has been a steady flow of wealthy elites exiting the country for the last decade.

Air-gapped vault for the crypto world

A chip that detects micro movements without a camera

VAT in Oman and its economic implications