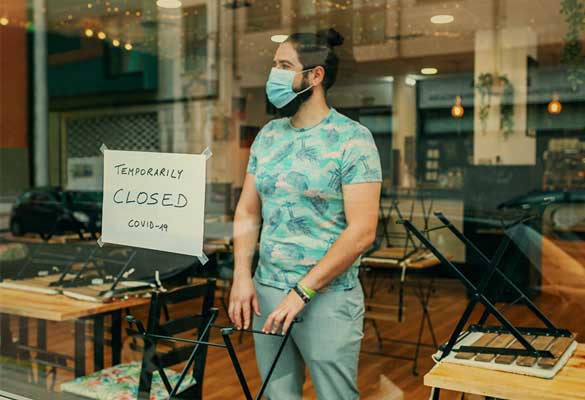 As per research, it is very evident that the effect of the COVID pandemic, Brexit, and the cost of the living crisis on the hospitality sector, almost two-thirds of the top 100 restaurants in the United Kingdom are now facing debt repayments, staff shortages, and rising energy costs.

Separate research indicated that barely half of English councils are disbursing the support payments, leaving £700 million in business rates relief unpaid as a recession looms and more energy price hikes put a strain on businesses.

The largest restaurant enterprises in the United Kingdom are currently losing money at a record rate of 64%, according to the accounting firm UHY Hacker Young. Many people have experienced significant losses as a result of extensive restructuring initiatives implemented in the wake of the COVID pandemic and debt repayments, particularly to landlords.

Following the COVID pandemic, the restaurant industry had anticipated a profit rebound, but this has been jeopardized by spiraling food prices and a decline in customer confidence brought on by interest rate increases.

Restaurants in the United Kingdom have also been impacted by a lack of labor, which has forced them to limit covers and, as a result, reduces the amount of income they can bring in, particularly during peak hours.

Many in the restaurant industry are concerned about additional declines in consumer spending as Britain approaches recession, according to Peter Kubik, a partner at UHY Hacker Young. The Bank of England anticipates inflation to increase by over 13% and a recession lasting more than a year.

According to the survey, many restaurant organizations do anticipate a longer-term return to profitability. While numerous large chains shuttered underperforming outlets and renegotiated rent on a voluntary basis, the restructuring programs have decreased the magnitude of their indebtedness.

According to a freedom of information request issued by the property consultant Gerald Eve, only approximately half of councils in England have begun paying support payments to companies from a £1.5 billion rates reduction program promised by the government in March 2021.

Flightradar24 keeps watch on every flight

Embraer and Widerøe collaborate to provide sustainable flying to Scandinavia