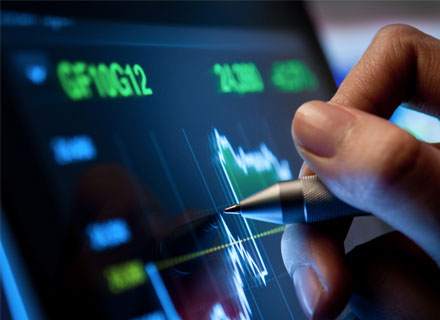 Trade finance digitalisation has been long overdue. Finally, we have the right technologies such as blockchain, Artificial Intelligence (AI) and the Internet of Things (IoT), to help digitalise trade finance. Many perceive trade finance digitalisation as a gargantuan step towards global economic inclusion. Trade finance has existed since the beginning of cross-border trade, but the process has seen little or no noticeable reforms, even though technological development has disrupted most of the other aspects of trade. Over the years, banks have also invested heavily on digital innovation; however, the investments were limited to conventional banking products.
According to the International Chamber of Commerce (ICC) Global Survey 2018, up to 80 percent of all global trade is made possible by some form of credit, guarantee or insurance product. Trade financing still continues to be a long, time-consuming paper-based process. But by integrating technologies such as blockchain, groundbreaking improvements are being made across the globe. So far, many companies across the globe have carried out trade finance transactions online, thus eliminating the obtuse paper-based ledger system and replacing it with a digital one. The online process offers transparency, efficiency, reduces cost and most importantly saves time by around 90 percent. A transaction, which earlier took weeks to be completed, now can be completed in minutes due to trade finance digitalisation.
Over 60 percent of banks that took part in ICC’s survey revealed that they are in the process of digitalising their traditional trade finance solutions, and 15 percent of institutions said they see the transformative potential in giving trade finance a technological upgrade.
In 2018, HSBC and ING, two of the biggest banks in the world, carried out the first commercial trade finance transaction by integrating blockchain. The transaction was for a Cargill shipment of soybeans which was shipped from Argentina to Malaysia. The conventional paper-based method would take around five to 10 days for the whole transaction to be processed and completed properly, but HSBC and ING managed to complete the whole process within 24 hours.
When it comes to trade finance digitalisation, the Middle East And Asia-Pacific has led the way.

Middle East’s banks pioneer trade finance digitalisation
When it comes to trade finance, the Middle East region is embracing the disruptive change. Middle Eastern banks’ visions are aligned with their respective government’s digitalisation target. Middle Eastern banks are leading the way when it comes to trade finance digitalisation. A survey carried out by the International Chamber of Commerce (ICC) revealed that 59 percent of respondents in the Middle East believe in the potential for digital channels to impact sales volumes. Also, 44 percent of banks in the region noted that the development and deployment of digital trade and online trade platforms is a strategic priority in the next one-three years.

Over 40 percent of banks in the Middle East are planning the implementation of technology solutions into their trade finance offerings. UAE’s Abu Dhabi Commercial Bank (ADCB), which is the third-largest bank in the region, digitalised its trade finance platform by leveraging dltledgers’ blockchain platform. This makes ADCB the first bank in UAE to run the end-to-end blockchain trade finance transaction with full document automation and offering its client efficiency and greater access to cash. The bank’s private network provides end-to-end trade visibility across the entire life cycle of the transaction with authenticated and consented digitised documents at every step. In the month of September 2019, ADCB carried out the first transaction in its platform which involved several trade partners such as Bangladesh’s Islami Bank, SGS Surveyor, Richardson International Shipping Canada, Banjo Auto Flour Mill Bangladesh, and Agrocorp.

In the month of November, Oman also recorded its first blockchain-based trade finance transaction. The transaction involved the sale of polypropylene to Abu Dhabi National Carpet Factory. It was executed by making use of Corda from R3, an open-source blockchain system by HSBC, one of the largest banks in the world. The transaction was in relation to a letter of credit and other parties such as Oman Observer, Oman Oil, and Orpic Group were also involved.
Businesses in the Middle East, especially small and medium-sized enterprises (SMEs) face many challenges while participating in international trade such as unstable exchange rates, fluctuations in demand and insufficient margins which could substantially affect one’s profit and loss statement. In such scenarios, having a transparent trade financial platform helps these SMEs weather the storm. As stated earlier, digital trade finance also leads to greater access to cash.
Singapore and China take the lead in Asia

Trade finance digitalisation is also picking up pace in the Asia-pacificc region. More and more financial institutions are opening their eyes to the advantages of trade finance digitalisation. In 2019, CIMB Bank launched Singapore’s first blockchain-based trade financing platform. The bank revealed its optimistic ambitions to generate transaction flows of around $100 million each year. CIMB Bank has launched the platform in partnership with Singapore-based blockchain firm iTrust, a joint venture between Ascent Solution and 1Citadel. The bank completed its first trade finance transaction using IoT cargo sensors and blockchain. The transaction involved the financing of dairy products into China.
Two local banks in Singapore-DBS Bank and OCBC Bank have taken the lead when it comes to digitalising trade finance in Singapore by adopting blockchain technology. On the month of March, both DBS Bank and OCBC Bank issued their first electronic banker’s guarantee on the Singapore Customs Electronic Banker’s Guarantee Programme, which is designed to shorten the banker’s guarantee issuance and submission process to the Singapore Customs from about four working days to less than 24 hours.
DBS too, completed its first trade financing transaction on the CamelOne Trade Finance Portal (TFP) – which is Singapore’s first digital trade financing platform backed by banks such as United Overseas Bank, OCBC Bank, ANZ, BNP Paribas, HSBC, Industrial and Commercial Bank of China, MUFG and Standard Chartered Bank. The transaction relates to a $4.8 million letter of credit by Super Steel, a Singapore-based steel wholesaler, and supplier. During the same period, DBS Bank also completed its first digital trade deal using the Networked Trade Platform (NTP). The deal relates to a $2.5 million letter of credit transaction between Audi and Premium Automobiles. While traditionally, the whole process would take almost a week for it to be completed; now using NTP, DBS Bank completed it within 24 hours.
Other banks too are ramping up efforts to improve the trade finance landscape in the region. In the month of February 2020, Deutsche Bank added two senior leaders to its workforce to improve its position in trade financing landscape in the Asia-Pacific region.
The Chinese government allotted around $7.4 million to the People’s Bank of China for blockchain-based trade finance research and development projects. The apex bank launched its own blockchain-based trade financing platform in 2018, which has processed $12.4 billion worth of transactions for 38 banks and 1900 businesses. Some of the big names to use the Chinese central bank’s trade finance platform includes Standard Chartered, Ping An and Bank of China. This was followed by the China Banking Association (CBA) launching the ‘China Trade Finance Inter-bank Trading Blockchain Platform’.

Trade finance digitalisation is not just limited to the Middle East and Asia-Pacific. Maersk, the largest container ship and supply vessel operator in the world since 1996, announced digital trade finance in South Africa to help boost the SMEs in the region. The company highlighted the huge trade finance gap in Africa which stands between $110 billion to $120 billion. By financing SMEs in South Africa, Maersk plans to reduce the trade financing gap in Africa. During the same period, South Africa-based Standard Bank became the first bank to join the Marco Polo Network-which is one of the largest and fastest-growing trade finance networks in the world.
In its home market, HSBC launched a new trade finance API in 2019. According to the bank, it will give financial institutions and their clients the ability to build applications with ‘full visibility’ of their bank guarantees. HSBC revealed it is also collaborating with ING Bank and Standard Bank to integrate the Bank Guarantee API into their banking platforms. The network includes big names such as BNP Paribas, Commerzbank, ING, LBBW, Anglo-Gulf Trade Bank, Standard Chartered Bank, Natixis, Bangkok Bank, SMBC, Danske Bank, NatWest, DNB, OP Financial Group, Alfa Bank, Bayern LB, Helaba, S-Servicepartner, RBI, and Bradesco.

Challenges that lie ahead
Even though trade finance digitalisation is picking up pace across the globe, the biggest challenge that lies ahead is to get all the parties aligned to make the process an effective one. From exporters, their banks, logistics partners, shipping lines, importer and their banks-everyone must digitalise their own individual process for trade finance digitalisation to be successful.
Even though we have seen development when it comes to trade finance digitalisation, they mostly have been in parts. The next big step will be to set a global standard for digital trade financing. While the right technology is available, the missing link is the regulations and clear guidance on how to use the technology to achieve an acceptable outcome. When the industry as a whole also needs to do is to figure out a way to incentivise its players at different levels of the supply chain so that they adopt a global standard.
Also, to enable trade finance digitalisation, participating member counties also need to amend various trade laws, which stresses on the use of papers and rubber stamp. A product may move through more than two different countries, but if one of the countries stresses the use of paper; all the participants have the follow suit and adopt the paper-based model. Many countries also refuse to digitalise various processes and prefer to deploy labour in order to create employment. So the adaptation of digital documents is important for trade finance.
In case of a legal dispute, digital documents will be declared non-admissible by the court in many countries. Even though some countries have made the changes and have started identifying digital documents as evidence, there are many courts which still don’t. Before a global standard can be set, this aspect also be must looked into.

Trade finance digitalisation to disrupt global trade
Once a global standard is set when it comes to digital trade finance and all parties are brought under one umbrella, it has the potential to disrupt the global trade market. Digitalisation of trade finance will result in reduction in transaction time and cost and at the same time mitigate fraud risk. It will streamline the entire process and provide transparency to all parties involved in the supply chain. All these factors will ultimately boost trade volume in general. Reportedly, trade finance accounts for more than $9 trillion worth of transactions per year. The number could significantly increase if trade finance is digitalised. Peter Wong, a founding chairman of the International Group of Treasury Associations (IGTA) said that the trade finance digitalisation can increase the transparency of receipt and payment flow information, which can result in improved cash forecasting, streamlined credit collection efforts and more efficient deployment of working capital.
Digitalissation will also allow businesses especially SMEs to achieve better control of their credit facilities, reduce fees and speed up the application process. This enables businesses to grow transaction volumes without the requirement for additional credit. Businesses dealing in high transaction volumes will highly benefit from it. The very fact that blockchain can help complete a transaction within minutes, which took around a week’s time by following the paper-denominated ledger system is quite significant. The time and money saved by integrating technology with trade finance could accumulate to millions, depending on the business. Bain & Company estimates that blockchain could increase global trade volumes by $1.1 trillion by 2026, from the current base of $16 trillion.