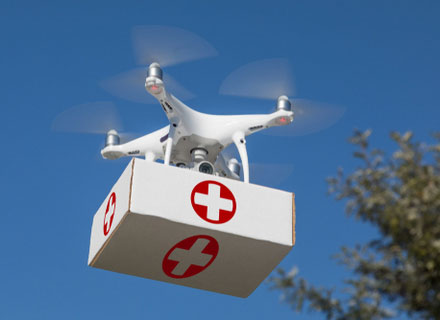 ANA Holdings (ANA HD) is partnering with Germany-based Wingcopter to boost the development of drone delivery infrastructure according to the media. Japan-based ANA HD will be helping the drone manufacturer and service provider to deliver vital pharmaceuticals and several other consumer products in unmanned aircraft.

Both the aviation innovators are said to be currently conducting comprehensive trials with the electrical fixed-wing Vertical Take-Off and Landing (VTOL) aircraft developed by Wingcopter. The aim is to build a network for drone delivery that is capable of serving the needs of people pan Japan.

ANA HD with the help of the experience gained from the past decades is contributing insights to Wingcopter. The shared insights cover the local aviation regulations and success in the special flight conditions of Japan. While Wingcopter is aiding support in terms of training of pilots, mission planning, design of operation and maintenance.

Tetsuya Kubo, Vice President of ANA HD overseeing the Digital Design Lab addressed the media and said, “The ongoing tests of Wingcopter aircraft represent a significant step forward in the creation of a viable drone transportation network.” They also added that the partnership with Wingcopter is expected to build on the advances and innovation of previously conducted trials on bringing drone delivery a step closer to reality. As soon as the setup and research are made, the drone transportation infrastructure will effectively function in the country and help improve the quality of life in rural areas.

It is to note that ANA HD holds a history of innovation in autonomous technology that tests advanced prototype baggage loaders and tow tractors at Saga Airport. The company laid the framework for drone transportation infrastructure in 2016 aiming to completely commercialize drone delivery services by 2022. Trials of the same took place in Japan in 2018 and the first flights with Wingcopter aircraft were held in 2019.