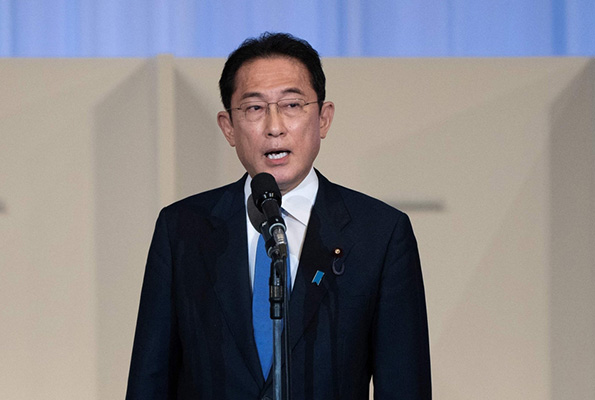 The markets are testing whether the Bank of Japan will alter the ultra-low-rate policy of the dovish Haruhiko Kuroda, with Japanese Prime Minister Fumio Kishida announcing the proposal for a new nominee for the apex bank’s governor post.

PM Fumio Kishida confirmed that the decision would likely be made in February “considering parliament’s schedule.”

The Prime Minister had earlier stated to a TV Tokyo program that he would talk about Haruhiko Kuroda’s replacement by taking into account the economic circumstances for April 2023.

Japan’s inflation is at 41-year highs and doubles the BoJ’s target. Haruhiko Kuroda, whose five-year term ends on April 8, has continued with policies targeted at fostering price increases and growth.

On March 19, the terms of Haruhiko Kuroda’s two deputies will expire. As per the norms, both houses of the Japanese Parliament must ratify the three candidates.

The Bank of Japan has maintained its ultra-easy policy, defying investors who had recently tried to override the bank’s cap on the return on 10-year government bonds. While Haruhiko Kuroda has expressed optimism about wage increases, speculations of the apex bank abandoning its expansionist experiment in 2023 are rising.

The Bank of Japan took an unexpected decision in December 2022, as it doubled the target band for the yield to 0.5% above or below zero.

A policy agreement between the government and the central bank, in which the Bank of Japan promises to reach its 2% inflation target sooner, is also the subject of rumours regarding modifications.

However, Fumio Kishida said there would be no change to the “basic stance” that his government and the Bank of Japan work together “to achieve economic growth that involves structural wage hikes and reach the price-stability target stably and sustainably” He claimed it is too early to comment on whether the agreement needs to be changed.

However, Finance Minister Shunichi Suzuki said that Japan’s public debt was more than double its annual economic output, and this has been the heaviest burden on the world’s third-biggest economy by far.

“Japan’s public finances have increased in severity to an unprecedented degree as we have compiled supplementary budgets to respond to the coronavirus and similar issues,” Shunichi Suzuki said in a policy speech in Parliament.

Shunichi Suzuki also reiterated the government’s aim to achieve an annual budget surplus, excluding new bond sales and debt-servicing costs, in the fiscal year to March 2026. The government, however, has missed budget-balancing targets for a decade.

“The government will strive to stably manage Japanese government bond (JGBs) issuance through close communication with the market. Overall JGB issuance, including rolling over bonds, remains at an extremely high level worth about 206 trillion yen (USD 1.6 trillion). We will step up efforts to keep JGB issuance stable,” Shunichi Suzuki added.

“Public finance is the cornerstone of a country’s trust. We must secure fiscal space under normal circumstances to safeguard trust in Japan and people’s livelihood at a time of emergency,” he concluded.