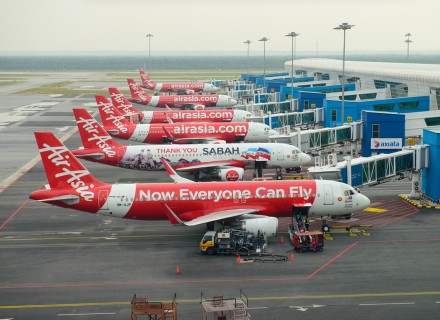 Malaysian budget airlines, AirAsia is planning to shut down its operations in Japan, due to the weak demand following the Covid-19 pandemic, media reports said.  It is reported that the airlines are exploring all options against its struggling operations in Japan.

Chief executive officer Tan Sri Tony Fernandes, told the media, “We have to look at every option, including closing down the operation. We haven’t reached a decision yet.”

The top-level officials of the airline company held a meeting this week to discuss the development. It is reported that an announcement will follow up next week. Furthermore, a company’s spokesperson said that the sale of AirAsia’s Japan business is suspended as of now.

AirAsia is seeking to raise funds worth RM2.5 billion by the year-end to survive a business downturn impaired by the outbreak of the pandemic. It is reported that the airline recorded an unexpected slump in its quarterly profits.

It is reported that the airline company was considering borrowing up to RM1.5 billion from banks and another RM1 billion from investors in September, as part of the funding. The company is also seeking local and foreign investors including strategic partners and equity firms.

AirAsia in August said that it had an outstanding debt against major creditors. The company’s growing concern sees it as a growing threat towards its operations.

Major airline companies across the world are scrambling to make a profit after grounding thousands of planes due to the pandemic. The aviation sector’s faith depends upon how economies deal with the restrictions and lockdowns in the future.

Here’s what Apple has to say about buying Manchester United