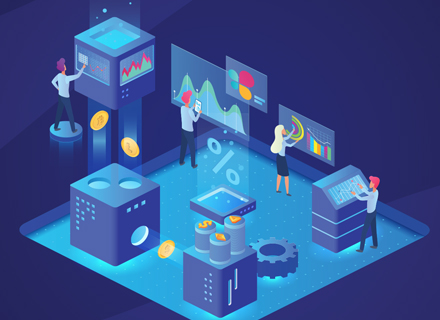 Blockchain is a technology of the future, and it is very likely that it will reshape various sectors including intellectual properties. However, blockchain is still in the stage of technological development. Over the years, the technology is set to further evolve and has a great role to play in the future when it comes to financing, trade, cryptocurrencies and cyber securities, etc. According to reports, the market value for the blockchain industry was expected to exceed $60 billion in 2020. This highlights the fact there are great opportunities to pounce upon in this field for investors, businesses, developers, and even administrations. Blockchain is also expected to drive crypto adoption in the future. Cryptocurrencies such as bitcoin and ether are increasingly gaining popularity among the masses despite their volatile nature. Bitcoin prices have soared significantly in the last year and have crossed the $30,000 threshold. At the beginning of 2020, bitcoin was at $8000.

Technologies such as blockchain provide cryptocurrencies a future. It can help build up a distributed system with certification and integrity once a payment transaction is generated on the internet. In the case of a fiat currency, it will always require a central regulatory body to guarantee the value of the national currencies or transactions. Cryptocurrencies, on the other hand, through the use of blockchain, create a digital online distributed system of certification for transactions without any central authority.

Bitcoin which is one of the first and definitely the most popular cryptocurrencies in the world operates on blockchain technology. Since the entire blockchain is retained on a huge network of computers and not just one server or a database, it means no person has control over it. This very complex nature allows blockchain technology to be the most secure form of storing and sharing information online. This very functionality of blockchain has resulted in blockchain adoption in different sectors to prevent fraud, data protection and also increase efficiency. Over the last couple of years, we have already seen blockchain technology being used to tackle various other problems in other fields. Blockchain has been used to increase efficiency in the supply chain across the globe as well as carry out trade finance, which often required a substantial amount of time due to various reasons.

As each day passes, more and more people join the world wide web which means more data gets produced and stored online. This further increases the chances of cybercrimes such as hacking. Blockchain is versatile and it allows users to better secure their data and protect it from hackers. By implementing rigorous encryption and data distribution protocols on a network, any business can ensure that their information will remain safely intact and out of the reach of hackers. Cybersecurity has been one of the major threats faced by crypto assets. Around $4.26 billion in crypto assets were stolen in 2019 alone. This is why blockchain has become so important. By combining cutting-edge technology with the classic concept of accountability, blockchain offers unprecedented data security.

The Middle East and Africa (MEA) region have seen widespread digitalisation in the last decade especially in countries in the Middle East such as the UAE, Saudi Arabia and Israel. According to the United Nations Department of Economic and Social Affairs E-Government Survey 2020 report, countries in MEA within the top 100 list include all the Gulf Cooperation Council (GCC) countries as well as Israel and Turkey. With digitalisation, comes the risk of cybercrimes. Amid the coronavirus, the Middle-eastern region is facing a surge in cybercrimes, with the UAE government’s top cybersecurity chief calling it a ‘cyber pandemic.’

The cybersecurity market in the Middle East and Africa (MEA) region has grown significantly as a result of digitalisation and has undergone its own digital transformation across the vast region of over 1.7 billion people. According to a report from Mordor Intelligence, the cybersecurity market in MEA was valued at $7.174 billion in 2019 and was expected to register a compound annual growth rate (CAGR) of 14.08 percent during 2020-2025.

Another report from ResearchAndMarkets.com forecasted that prior to Covid-19, the Middle East cybersecurity market is projected to grow from $16.1 billion in 2020 to $28.7 billion by 2025 with a CAGR of 12.2 percent. In its post-Covid-19 forecasts, the market is expected to grow at a CAGR rate of 13.8 percent with a 2020 figure of $15.6 billion to a 2025 forecast of $29.9 billion. This has given rise to a number of cybersecurity companies in the Middle East. One such company is GK8. It is based in Tel Aviv, Israel and is a cybersecurity company that offers a high-security custodian technology for managing and safeguarding digital assets. The technology allows financial institutions to execute the entire digital assets management process, including sending transactions to the blockchain, without the need for an Internet connection.

Israel has established itself as a global leader in cybersecurity. According to a report called Israel’s Cybersecurity Industry from Start-up Nation Central, startups based in Israel received almost 20 percent of global VC investments in cybersecurity. The cybersecurity industry in Israel dates back to the 1980s, where companies began developing anti-virus software. At present, it is estimated that there are around 450 different cybersecurity firms operating in the country. Israel has always been at the forefront for wider tech innovations in the cyber space. Israeli Ministry of Finance’s Fintech-Cyber Innovation lab Programme is a testament in itself. It is believed to be the first initiative in the world that leverages governmental assets and data in order to promote fintech and cyber startups in an open innovation platform.

Lior Lamesh, CEO and co-founder of GK8, in an interview with Global Business Outlook, provides insights into the outstanding work of GK8 in the cryptocurrency space.

Can you tell us more about GK8’s efforts in developing the world’s first air gapped cold vault and how does it provide the ability to create transactions to blockchain while being fully offline?

While we cannot get into the architecture of our solution, however, what we can say is that it is based on patented cryptography techniques and a unidirectional connection, enabling data to only go out from the vault, never in.

How common are cyber attacks in blockchain transactions and what is the role played by GK8 in building a robust environment against those attacks?

Cyber attacks are a major challenge impacting everyone in the crypto space. According to blockchain research firm CipherTrace, $4.26 billion in crypto assets were stolen in 2019 alone. If we look at 2020 we see that the frequency of incidents are rising, with the recent KoCoin attack catching a lot of headlines. This threat is likely to grow worse in the coming year, as banks and traditional financial institutions begin to offer blockchain-based services—with PayPal being the most prominent recent example—the crypto economy is expected to grow exponentially, making hackers more incentivised than ever before.

As a developer of a high-end, enterprise grade custody platform, GK8 plays a paramount role in safeguarding digital assets. Unlike other hot and cold wallets in the market, GK8 offers a radically different approach for protecting digital assets by keeping them in a 100 percent offline vault, which are out of reach for even state-level hackers. Our patented solution ensures 100 percent protection against cyberattacks, backed with the highest insurance coverage available today on digital assets—up to $500 million per vault.

Our slogan, “you can’t hack what you can’t reach”, really illustrates GK8’s offering in a nutshell: we’ve developed the world’s first true air-gapped vault that doesn’t require internet connection to send blockchain transactions, eliminating key attack vectors that hackers exploit. This isn’t just an incremental improvement in the never-ending cat and mouse chase between hackers and cyber companies; it is a completely new approach for protecting digital assets: even the most skilled and experienced hacker can’t break into a device that’s completely off the grid.

Why is cryptography becoming an important practice for secure transactions ? Give an example.

Cryptography is at the very core of all digital assets. The ability to provide robust cryptography ensures protection of users’ private keys, which is the premise of all blockchain transactions. If it was not for reliable cryptography, bitcoin would have never become a widely accepted asset, let alone rise to a peak of nearly $20,000 per unit—up from zero in just over a decade.

Prosegur Crypto combines the highest standards of physical protection and cyber security to prevent hacking attempts. How is GK8’s partnership with Prosegur creating a secure environment for the latter’s blockchain transactions?

Prosegur built its business around cash management and physical security services, growing to become one of the largest traditional custodians in the world, with 200,000 employees serving customers in 24 countries and operating over 400 vault rooms. In order to maintain its growth, it wanted to expand into digital asset custody, getting a foothold in the emerging crypto-economy.

As a global leader in physical security, Prosegur wanted to leverage GK8’s expertise in cybersecurity to bolster its market positioning. Since it had limited knowledge in safeguarding digital assets, Prosegur wanted an end-to-end solution that includes both a cold vault with 100 percent protection against cyber threats. The platform was implemented in a matter of days, without requiring the bank any special development effort or prior blockchain expertise. As a result, Prosegur was able to extend its brand reputation into a new line of service, meeting a growing market demand for safeguarding cryptocurrency out of hackers’ reach.

GK8 has also established profound partnerships with Aon and INX to safeguard assets trading platforms and provide insuranbale digital-asset storage tech. How are these developments giving GK8 a competitive advantage over its industry peers?

These are actually two different examples of partnerships that GK8 has forged with reputable financial institutions: INX, apart from being an active exchange, it was also in a unique position being the first company to get approval from the SEC for issuing its security token. As such, INX’s needs were twofold: having a secured trading platform in place to serve its customers, as well as safeguarding its own security tokens. On top of providing 100 percent cyber protection, the GK8 platform is completely asset-agnostic, compatible with all types of digital assets, and supporting signing algorithms used in both public and permissioned blockchains. As a result, the platform supports INX’s security token. As for Aon, it was convinced that our patented solution indeed provides 100 percent protection against cyberattacks, enabling it to extend Aon’s insurance to GK8 customers and offer the highest available coverage on digital assets up to $500 million per vault (which is not as a pooled insurance).

How is the Israeli market progressing on the tech front in asset trading and blockchain transactions and what are the common setbacks observed within the industry?

As a hub of innovation, Israel is the bedrock for dozens of start-ups in the field of blockchain technology. While the local regulation in Israel is still lagging in embracing crypto, several Israeli companies have become global leaders in the facilitation of financial services based on blockchain technology, such as Social Trading platform and crypto exchange eToro, which manages over $1 billion in digital assets, serving customers globally.

What are the persistent cyber challenges that GK8 is facing amid the pandemic and how is the company preparing to address those challenges?

Traditionally, banks are slow to adapt to market trends and embrace new technology. Covid-19 is changing this: we are seeing tier-1 banks aggressively issuing RFIs for blockchain solutions and already onboarding technology to support their customers. The pandemic has accelerated the digitisation process, with transformation projects that were initially predicted to take four to five years, being completed in four to five months.

Satellite broadband is the next big thing