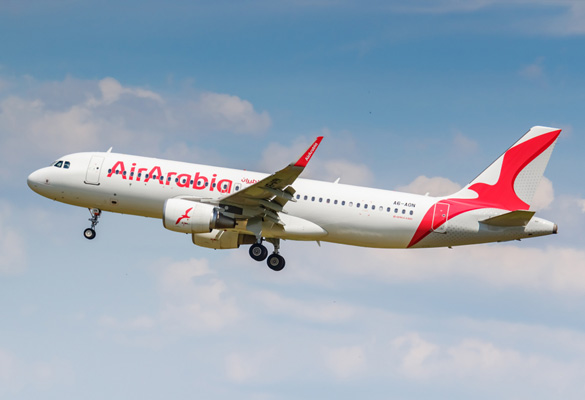 Air Arabia, the Middle East & North Africa’s first and largest low-cost carrier operator recently reported a profit of $12 million during the first half of 2021, according to media reports. The low-cost airline seems to have bounced back from the crutches of Covid-19 pandemic as it registered a net profit for the third consecutive month since the beginning of the Covid-19 pandemic.

Air Arabia saw an increase of 126 percent compared to the first half of 2020, during a time when air travel almost came to a standstill because of the strict lockdown restrictions around the world. The airline, in a press release, revealed that they flew 2.3 million passengers between January and June 2021 across five hubs, with average seat load factors 73 percent.

Sheikh Abdullah Bin Mohamed Al Thani, Chairman of Air Arabia told the media, “Air Arabia’s ability to post a profitable first half 2021, despite the continued impact of the Covid-19 pandemic on the aviation industry worldwide, is a direct result of the cost control measures adopted by the management team and supported by the gradual resumption of operations witnessed in the first half.”

“While flights resumption compared to pre-pandemic are still subject to many restrictions, the second quarter of 2021 witnessed gradual improvement in comparison to the same quarter last year, which was heavily impacted by the subsequent cancellation of scheduled flight operations. We remain optimistic that the gradual ease on travel restrictions and resumption of operations will continue to help the industry in its path to recovery.”

Is Huawei’s global dominance under threat?