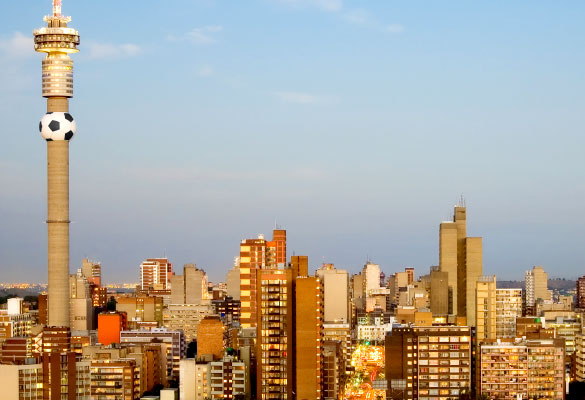 Bilateral trade agreements have assisted several African countries over time to propel economic growth. This year, the US and Kenya established trade talks over a possible bilateral free trade agreement that could lead up to a significant deal between both countries. But the deal has the potential to trigger an economic imbalance in small countries that might not be of enough interest to the US—dwarfing their economic growth. This suggests that a shift from regional preferential trade to bilateral trade is not preferred by the majority of the countries.

In 2012, former American President Bill Clinton at a Brookings forum on Africa Growth and Opportunity Act said, “No country can work itself out of poverty with aid alone,” pointing to the fact that the Act is unique in its approach. In Africa, the European Union has established a bilateral trade agreement, while China already has massive expansion and infrastructure projects in 35 African countries. India and Brazil have also grown their influence on the continent in recent years. Despite these countries’ prominence on the continent the US still has scope to improve a real, sustainable bilateral trade deal with Africa.

The approach is unique: trade over financial aid

The African Growth and Opportunity Act was signed by the former American President Bill Clinton in 2000—paving the path for the sub-Saharan economies to flourish as they received unilateral duty-free access for 6,500 products from Africa to the US. Because the sub-Saharan region is affected by unemployment, civil war and other related problems, it is believed that the African Growth and Opportunity Act will strengthen its countries by reviving the private sector and creating more job opportunities in the region. In addition, the regional approach for the trade agreement by Bill Clinton has empowered developed countries like South Africa and smaller countries like Lesotho on the other end of the spectrum. The technique is different from other approaches as it aligns with the trade—and not by means of aid.

For most part of the years, the African Growth and Opportunity Act has been in jeopardy despite having been extended twice. It has been extended until 2025 because of factors such as imposing charges on aluminium and steel products followed by a suspension of duty-free access for apparel imports from Rwanda. Even if there is a small problem in the African Growth and Opportunity Act, it could create disturbances in the sub-Saharan region, especially when the countries are striving to recover from the residual effects of the coronavirus pandemic.

Building up export business for South Africa and others

The African Growth and Opportunity Act has played a crucial role in improving export-led job creations in several sectors across South Africa. Last year, the country’s automobiles and agriculture sectors grew by $553 million and $364 million respectively. More specifically, agricultural exports such as wine and citrus in the country have been backed by the  African Growth and Opportunity Act. The citrus export business is considered one of the most labour intensive jobs in the agricultural sector.

A report published by the University of South Africa stated that the US roughly imported 10 percent of its wine from the country three years ago, which indicates a sizable share in terms of global competitiveness. It also indicates that a wine-producing market worth $8.1 million could slip away from South Africa’s grip if the benefits resulted from the the African Growth and Opportunity Act are potentially replaced with reciprocal tariffs through the Most Favoured Nation tariff system—where countries might impose tariffs on imports from members of the World Trade Organisation, unless they are part of a preferential trade agreement. To assess the kind of impAct the replacement might have on the industry, it seems that the process could trigger a 14 percent loss toward wine export revenue. This in turn might even affect direct and indirect jobs provided by the industry for nearly 300,000 people.

The African Growth and Opportunity Act supports smaller countries too. For example, Lesotho’s textile and apparel exports had dramatically increased only after the Act came into effect—despite the industry being established between late 1980s and early 1981. The industry has flourished exponentially over the past few years—which has benefitted 13 percent of the population in the country by providing 40,000 jobs. Then, it became the largest private sector employer in the 1990s, and export garments worth $250 million in the country were supplied to classic US brands such Old Navy, Levi’s and others—only because of the African Growth and Opportunity Act.

Now the Act’s duty-free access is driving competitiveness in the African garment industry which is not covered by a trade programme known as the Generalised System of Preferences. In fact, the expiration of the World Trade Organisation’s multi-fiber agreement in 2005 has hampered the industry’s competitive edge because it ended export quotas and intensified competition from garment manufacturers in Asian countries like China. The sub-Saharan region’s textile and apparel sectors have evolved due to the duty-free access. Mainly, the textile apparel sectors involve employment of low-skilled workers.

Notably, countries like Lesotho and Namibia have benefited from the Act for over two decades now. Namibia which has a huge livestock market comprising more than 7.7 million cattles has been able to remain a buyout in the global meat industry after it became the first African country to export beef to the US last year. Its more than a decade’s worth of effort includes stringent rules and regulations in accordance with the logistics sector. Now the country is expected to export 860 tons of beef to the US by the end of the year, increasing to 5,000 tons by 2025.

In the big picture, the Act has led to the employment of more than 300,000 people on the continent, transforming sub-Saharan African to become one of the fastest growing regions in the world, observed a report published by Brookings Institution. That said, the Act has also supported 120,000 jobs in the US, mainly in companies such as  John Deere and Caterpillar who are pioneers in manufacturing machinery units, according to the US Trade Representative.

The US will decide the future of AGOA

Africa has great potential for business and the Act has simply encouraged it to capitalise on that potential. Now African businesses are making huge profits on the back of the US purchasing $3.7 billion worth in oil from Nigeria and $6.4 billion in vehicles from South Africa. It also purchased oil and textiles worth $736 million and  $506 million from Central African country Chad in 2017, according to the US International Trade Commission and the US Department of Commerce.

The Trump-led administration has questions regarding the Act and whether the US will benefit from future agreements with African countries. However, it is anticipated that the US might approach international affairs in new light with the Biden-administration. What might become of the trade agreements between the US and Africa is to be seen with time.