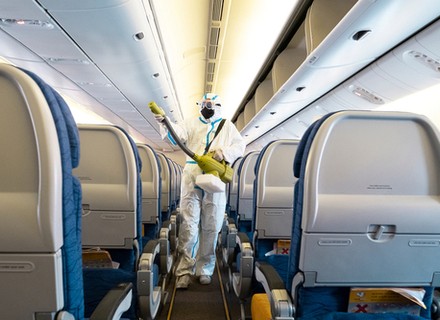 African Airlines Association (AFRAA) recently reported that the African airline industry has lost Sh1.1 trillion in passenger revenue in 2020. The drop in the number of scheduled passengers carried by the African airlines fell from 95 million in 2019 to 34.7 million in 2020, a 63.7 percent year-on-year decline. The traffic reduction continued till June 2020, before the gradual opening of the borders.

Kenya Airways, the national carrier, reported an Sh36.6 billion loss in the last 12 months to December 2020. AFRAA said 2020 was the most challenging year in its history.

In terms of passenger volumes, Northern Africa was the leading region. It constituted 36.6 percent of the total traffic of Africa. Eastern Africa reported 22.2 percent of traffic. In 2020, Johannesburg and Cairo were the busiest airports. Nairobi-based Jomo Kenyatta International Airport had the maximum cargo volumes of more than 330 thousand tonnes of freight during 2020 and Cairo with 280 thousand tonnes.

Among the 54 countries in the African continent, 13 have direct flights to 20 African countries. Ethiopia and Kenya lead with 30 direct flights and more to other countries. However, the reports say that intra-African connectivity remains low, and thus the African airlines should use the opportunity to develop that network. Especially during a time when the EU has limited travels to Europe.