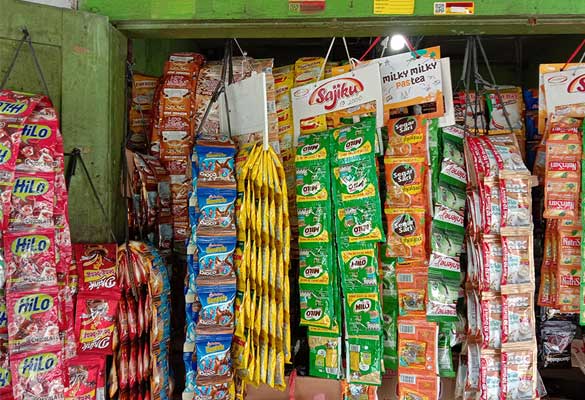 Africa is the world’s second-largest and second-most-populous continent after Asia. The region is also rapidly developing with upcoming players like Nigeria.

The country did enjoy a period of expansion between 2000 and 2004 when the economy grew by around 7% per year. However, upon closer inspection, the Nigerian economy has been faltering even before the outbreak of COVID-19.

Since 2015, Nigeria plunged into recession twice. Simultaneously, the Nigerian currency, Naira, fell against the dollar while losing 70% of its value. All this puts the economy in a chokehold.

As per a recent World Bank report for 2022, the total number of people in the country will reach 95.1 million, which exceeds 40% of the current total population.

Nigeria’s economy is failing, and businesses, including the technology sector, have adopted sachet marketing to survive. In simple terms, this strategy is called sachetisation. The idea has been around in Nigeria since the 90s.

Sachet marketing is particularly prevalent in the Fast-Moving Consumer Goods (FMCG) industry and other retail sectors. Any business with a large enough customer base can execute this strategy. The idea was conceived for people who can’t afford bulk packages and are always looking for cheaper alternatives. Sachetisation is a process of redesigning, packaging and selling products in small packages.

In February 2019, Eat n Go, a Nigerian franchisee of pizza maker Dominos, came up with an idea for a miniature version of the pizza boxes. These pizzas were smaller than the medium-sized versions on sale and cheaper. It will make fast food affordable for everyone.

The economic instability in the country has reduced the purchasing power of Nigerians. And business is dull as a result. The fast-food company has resorted to sachet marketing to cope with harsh economic conditions.

Another example is Reliance Health, a start-up that created a system where people do not have to be formally employed to access health insurance. Sachet Marketing is prevalent in other countries such as the Philippines and India.

Taiwan mulling economic deal with US after exclusion from IPEF