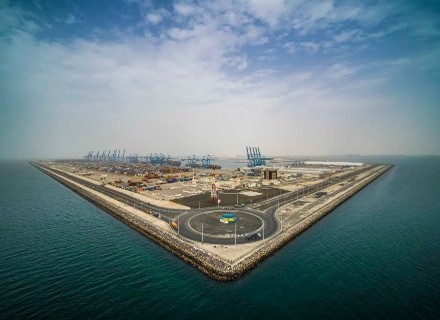 Abu Dhabi Terminals recently announced a partnership agreement with Microsoft to enable enhanced container tracking and autonomous shuttle capabilities across the Khalifa Port terminal by deploying Microsoft Azure’s AI service, according to the media. The agreement was signed in the presence of Omar bin Sultan Al Olama, UAE Ministry of Artificial Intelligence (AI).

Abu Dhabi Terminals is the management company and the operator of Khalifa Port Container Terminal (KPCT). It is the region’s first and one of the world’s largest semi-automated deep-water container terminals.

The technology will fuel the introduction of AI-based container smart tracking solutions. It will ensure 100 percent traceability of the containers and the potential to launch an autonomous vehicle system.

Ralph Haupter, president, Microsoft EMEA, told the media, “With its ongoing commitment to the adoption of new technologies, the UAE is reimagining the world of global shipping and logistics to ensure it is robust, resilient and future-ready.”

He further added that this collaboration ushers in a new era for autonomous vehicles in a terminal environment. He also expressed his excitement to see Microsoft’s cloud, artificial intelligence and Internet of Things technologies contribute to its success.

Ahmed Al Mutawa, the chief executive of Abu Dhabi Terminals, stated that by driving innovation through Artificial Intelligence and automation, Abu Dhabi Terminals is committed to modernising its port environment. It also reduces the carbon footprint, costs, and turnaround times for those accessing Khalifa Port.