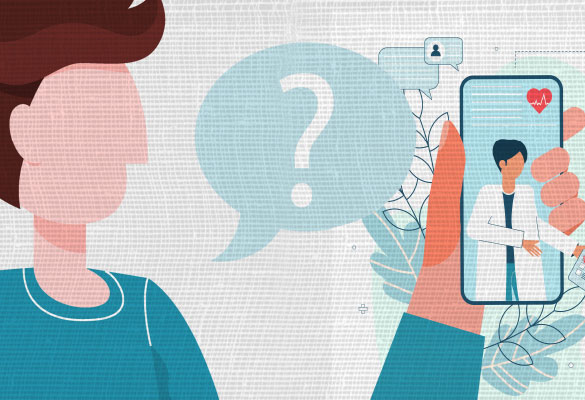 In recent months, Chinese healthcare startups have raised substantial funding to introduce their innovative services to the people on the mainland. Although the coronavirus pandemic has steamrolled the mainland—on the bright side, it is encouraging rapid advancements in healthcare. An analysis by CB Insights found that healthcare funding raised by private companies worldwide in the second quarter of the year had reached a quarterly record of $18.1 billion. When it comes to Asia, healthcare funding has almost doubled from the previous quarter to $5 billion and the magnitude of deals across Chinese startups have recovered to pre-coronavirus levels. Healthcare companies in Asia have raised around $12.7 billion through first-time share sales this year which is higher than the full-year record in the past 12 years. According to the Ministry of Commerce, foreign direct investment into the Chinese mainland climbed 18.7 percent year-on-year to $12.3 billion in August.

Now the changes are quite evident in the government policies. New regulations are being passed or reforms are being made to support the country’s digital healthcare landscape. In fact, there is strong emphasis on telehealth, online consultation and purchasing of online medical products or services. Data released by the National Health Commission in August discovered that during the first six months of the year, visits to healthcare institutions in China dropped 21.6 percent year-on-year. More specifically, visits were still down 9.7 percent year-on-year in June to 630 million, according to the commission.

In this context, leading global healthtech platform WeDoctor said that customer orders for online consultations had increased 3.6 percent from the previous year owing to the epidemic of coronavirus. The Tencent-backed healthtech said that around 50,000 doctors had joined the platform since the beginning of the pandemic leading to a total of about 250,000 physicians.

The Chinese government’s efforts is a go

China is not new to the effects of a pandemic. In fact, it was in 2003 when the mainland was plagued by the SARS outbreak from the previous year. The virus was first identified in Foshan, Guangdong, China and quickly spread across 30 countries worldwide. But the outbreak was swiftly contained leaving with only 8096 confirmed cases and 774 casualties. To common knowledge, the outbreak of coronavirus took place in the industrial city of Wuhan in China. With that, the mainland alone had reported nearly 85,500 cases and 4634 casualties as of October 8, 2020. But on the global front, 36.2 million cases have been reported with 1.06 million deaths. Given the mainland’s history with epidemics, the Chinese government has stepped up its efforts in building up the healthtech sector.

It seems that 13 national departments and ministries had announced their support to develop online medical services on the mainland as part of a broader vision to accelerate the growth of healthtech and simultaneously create economic opportunities. Now China is preparing digital healthcare companies or telehealth companies as its first line of defence in the event of a  second wave of coronavirus. This development will not help to curb the spread of the infection, but allow patients to have medical consultancy from home.

Healthtech is at the helm of transformation again

The healthtech industry is predicted to be worth nearly $30 billion in China alone for this year. By numbers, there are already more than 1,000 telehealth companies operating on the mainland, observed by a large database technology service company Tianyancha. Some of these telehealth companies in China are owned by global technology and ecommerce giants such as JD.com, Baidu, Tencent and Alibaba. It is reported that all of these companies are on the brink of a consultancy boom, mainly attributed to the Chinese government’s efforts in encouraging its people to adopt these online consultancy services.

Indeed, the SARS outbreak was a wakeup call for the Chinese broken healthcare system. Since then, the public sector spending in China’s healthcare industry has exponentially increased by 14-fold, according to a World Health Organisation and the World Bank report. Of the developments known so far, the government is continuing to emphasise on healthcare insurance for its citizens. Another report published by the World Health Organisation points out that the mainland’s healthcare is too ‘hospital-centric, fragmented and volume-driven’—a challenge for the system overall. It is becoming too expensive to sustain, especially with healthcare costs growing between 5 percent and 10 percent faster than the GDP. This has further accentuated the government’s focus on the development of digital health or the healthcare system at large.

Apple and Microsoft are realising the industry’s growing potential, especially with Chinese technology companies venturing into the business. In August Alibaba launched an online clinic service on its Alipay and Taobao apps for users in Hubei province where the coronavirus had originated. The province had also recorded the maximum number of cases. It was in the same month that Alibaba Health Information Technology launched a follow-on new share sale to raise up to $1.06 billion in line with its plan to expand its pharmaceutical and medical services network. The funds raised through the share sale will be used by the company to improve its digital infrastructure. Alibaba Health also partnered with Tmall, a business-to-consumer online retail platform operated by Alibaba Group, to provide medicine delivery services across the mainland.

In another example, China’s largest search engine Baidu has launched a free service for all online medical queries. According to the company, it handled more than 15 million inquiries from users and listed around 100,000 doctors to manage the growing demand of its platform. Baidu is also making its algorithm LinerFold free for gene testing agencies, epidemic control centres and research institutions worldwide. The algorithm developed by Baidu helps researchers to decode the genetics of the coronavirus and it could also help to discover a vaccine.

These developments hint the existing opportunities for technology companies to capitalise on. One of the world’s largest gaming companies Tencent has launched a free online health consultation services through five online healthcare platforms on its messaging platform WeChat. An interesting fact is that Tencent has been helping researchers by allowing them to use its supercomputing facility in developing a vaccine for the pathogen.

Today, the healthcare evolution contributed by technology companies is vast. The gaming company has led a funding round for healthtech companies in early September. The company is integrating modern technologies such as cloud computing and Software-as-a-Service to provide smart healthcare solutions across the mainland. Since inception, the company has claimed to serve around 13,000 medical institutions on the mainland. But that is not all.

Even Chinese ecommerce giant JD.com has raised more than $830 million in its funding in August. The company had secured the funding from Hillhouse Capital in a non-redeemable series B preference share financing. It now runs a multifunctional health platform that provides numerous services such as a 30-minute pharmacy delivery, telemedicine service, consumer-related health services such as genetic testing through to solutions to digitise hospital systems. Recently, the company’s telemedicine service saw a surge in business due to the pandemic and there is speculation that the company is also planning to raise around $1 billion by selling its shares on the Hong Kong Stock Exchange.

Funding for biopharmaceuticals has skyrocketed

The trend in funding can also be found across an array of Chinese pharmaceutical companies over the last couple of months. It seems that Chinese drug developer Hinova Pharmaceuticals had raised around  $147 million in its series C funding led by Shenzhen Investment Holdings, Hangzhou Tigermed, Beijing-based Huarong Rongde Asset Management and Sinopharm-CICC. The Chengdu-based pharma company has nine pipeline products related to cancer and metabolic among other critical fields.

In September, pharmaceutical company XtalPi secured around $318.8 million in its series C funding round led by SoftBank’s Vision Fund 2. XtalPi, which is an algorithm-driven artificial intelligence (AI) healthtech company, is reinventing the industry’s approach to drug research and development with its Intelligent Digital Drug Discovery and Development (ID4) platform. According to the company, the funding will be used to further develop the XtalPi’s ID4 platform.

It was during the same time that that biotech company Biocytogen, based in Beijing, raised around $142 million in its series D funding. The company largely seeks to develop antibody drugs and it has currently served more than 2,000 clients globally last year. On a similar account, biopharmaceutical company Sinovent secured around $145 million in its series C funding led by Loyal Valley Innovation Capital. The startup is engaged in technical development, consulting and services of biological medicines covering therapeutic areas such as oncology, autoimmunity, infectious diseases and others. Sinovent currently operates in Suzhou, Beijing, Shanghai, Boston and Sydney.  It is reported that the startup will use the funds to carry out clinical trials of its new products and pre-clinical studies of earlier-stage products. It will also use funds for the development of a new production unit.

Multinationals’ new quest to go beyond the coronavirus

Now global drug manufacturers are stepping up their game in investments and increasing their footprint on the mainland. Again, the surge is mainly due to the economic resilience reflected by the quick recovery of the coronavirus and the substantial market potential. A report published by McKinsey found that China’s pharmaceutical market is the second-largest in the world, reaching $130 billion in value in 2019. It is normal for the market to easily attract foreign investors given that the size and growth are at its peak.

American multinational pharmaceutical company Pfizer agreed to buy a 9.9 percent stake in China-based Cstone Pharmaceuticals, while it is also set to acquire 115.93 million new shares of CStone at HK$13.37 apiece, representing a 43.8 percent premium over the closing price of HK$9.30 on that day. CStone said in a security exchange filing that it will use the proceeds from the share sale to fund development activities and strategic collaboration. It is reported that the transaction received the necessary internal approvals of both companies.

Through the deal, the Shanghai-based pharmaceuticals company can focus on product development and strengthen its ability to commercialise CS1001, an anti-PD-L1 monoclonal antibody. CStone and Pfizer will develop and commercialise additional late-stage oncology therapies in Greater China, Pfizer said in a statement. Boehringer Ingelheim, one of the largest pharmaceutical companies in the world, is planning to invest more than $529 million in China over the next five years across its main business areas, including pharmaceuticals, animal health, and biopharmaceutical contract manufacturing.

Felix Gutsche, president and chief executive of the China branch of Boehringer Ingelheim, revealed that the company, which is one of the fastest-growing in China, will continue to direct investment to China as it is a market of the present and of the future. He further revealed that the planned investments will go into production sites, research sites and clinical development. The company, which is headquartered in Ingelheim, Germany, has entered a fourth business in China, called healthcare solutions, to provide services with a stroke rehabilitation clinic in Shanghai.

Swiss multinational pharmaceutical company Novartis has decided to end drug discovery at its research and development hub in Shanghai last year and shift resources toward early development and commercial activities.  According to Jay Bradner, president of the Novartis Institutes for BioMedical Research, the decision to shut its Shanghai R&D hub is driven by the maturation of the Chinese life sciences sector and regulatory system, the emerging impressive innovation potential of entrepreneurial biomedicine in China and the company’s need to rebalance drug development and discovery. The hub, known as China Novartis Institutes for BioMedical Research, was launched in 2016 by Novartis as a part of its $1 billion plan to build a stronger foothold in China.

Now the coronavirus surge has encouraged multinational companies and startups to reinvent the visions in the long-run. That in turn has led to a series of developments in terms of funding, expansion and introductory services—causing a healthcare boom on the mainland.

How is Japan re-emerging from despair?