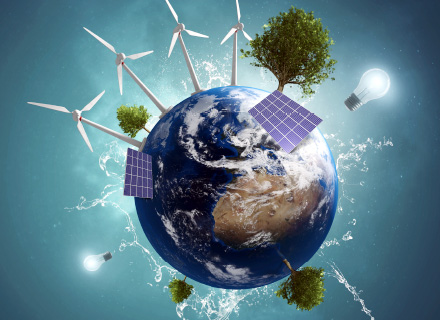 The world’s biggest oil companies are coming together to create a warchest to exclusively tackle issues-related to climate change. Earlier this year, Saudi Aramco became the latest oil behemoth to join the elite alliance that has established the first industry-wide target to help tackle the climate crisis by setting carbon emissions goals. The alliance which also includes the likes of ExxonMobil and Shell has pledged to reduce the carbon intensity of their fossil fuel production to between 20 kilograms and 21 kilograms of carbon dioxide per barrel of crude by 2025, or 13 percent below 2017 levels. To be fully committed, oil companies will need to drastically reduce the methane emissions that leak from oil and gas projects, cut gas flaring, invest and accelerate the development of carbon capture technologies.

The industry alliance was established in 2014 by the chief executives of oil companies responsible for almost a third of the world’s oil production. It has angered climate campaigners in the past for ‘greenwashing’ its activities which are dwarfed by the scale of members’ contribution to the climate crisis. The new alliance known as the Oil and Gas Climate Initiative (OGCI) comprises members like BP, Chevron, China’s CNPC, Italy’s Eni, Equinor, ExxonMobil, Occidental Petroleum, Petrobras, Repsol, Saudi Aramco, Shell and Total. More recently, the OGCI reconfirmed its pledge to reduce carbon intensity to between 20 kilograms and 21 kilograms of carbon dioxide per barrel of crude by 2025.

Impact of oil sector on climate change
On the climate change front, the global oil and gas industry has had a far worse impact. Recent studies have concluded that the impact of fossil fuel on climate has been far more damaging than previous estimates. A study further indicated that human emissions of fossil methane have been underestimated by up to 40 percent. Methane has a greenhouse effect that is about 80 times more potent than carbon dioxide over a 20-year period and is responsible for at least 25 percent of global heating, according to the UN Environment Programme.

It was reported that over a period of next five years, the oil and gas sector has plans to invest around $1.4 trillion in new projects developing new oil and gas extraction. Experts believe this would lock in 148 gigatonnes of cumulative carbon dioxide emissions, equivalent to 1200 new US coal-fired power plants. Over the years, the major oil companies have come under immense criticism due to their lack of commitment toward climate change. According to a new report by the Global Gas and Oil Network, carbon emissions from the projects to be undertaken by the industry would push warming beyond 2 degree Celsius, way higher than the 1.5 degrees Celsius, which scientists view as a tipping point. If it is breached it will lead to sea-level rise, natural disasters, forced migration, failed harvests and deadly heatwaves.
Around 85 percent of these planned activities will be undertaken in the US and Canada, according to reports. New oil and gas exploration activities are also planned in other countries such as Argentina, China, Norway, Australia, Mexico, UK, Brazil and Nigeria. Around 25 companies are responsible for nearly 50 percent of the production by 2050 resulting from new expansion of oil and gas in the next five years. These include supposedly progressive European oil majors such as Equinor, Shell, BP and Total.

How committed are the oil companies toward climate change?
In the past two centuries, the amount of methane in the atmosphere has more than doubled. Even though it is not possible to attribute its cause to fossil fuels, it did play a role along with other sectors. In a joint statement, the chief executives of the OGCI’s member companies said, “Together we are increasing the speed, scale, and impact of our actions to address climate change, as the world aims for net-zero emissions as early as possible.” If the initiative achieves its target by 2025, it will remove as much as 52 million tons of carbon dioxide per year. The initiative plans to invest $1 billion over the period of next 10 years. We must also take into account the fact that the oil industry has suffered huge losses due to depleting oil prices, in addition to declining demand on the back of the coronavirus pandemic.
The initiative also plans to accelerate emissions reduction, especially in methane emissions. The members would also continue to support their respective governments and honour the new laws and regulations introduced to tackle the problem of climate change. The member companies have also pledged their support to the Paris Agreement and its goals. According to a statement, as industry leaders accounting for over 30 percent of global operated oil and gas production they aim to play an active role in shaping the global pathway to net-zero emissions.

Earlier this year, energy giant BP announced publicly that it will cut its fossil fuel production significantly over the next decade. It said that its oil and gas production will fall by about 40 percent by 2030, while its refining output will decline about 30 percent, driving down BP’s direct emissions as well as those that come from its products. BP’s announcement came the same day that it reported losing $16.8 billion in the second quarter of the year. BP’s announcement is the most promising so far among the world’s leading oil and gas companies. Over the last year, it has announced increasingly ambitious plans to address climate change, however, little has been done on the ground level. In February, BP chief executive Bernard Looney revealed that the company would reach net-zero emissions by 2050.
Other oil giants such as Royal Dutch Shell and Total have also announced some of the most aggressive emission reductions targets, but the companies have been criticised by climate experts for lack of detail in their respective plans. Many have also questioned the oil major’s integrity and level of commitment for setting targets as far as 2050 to achieve carbon neutrality.