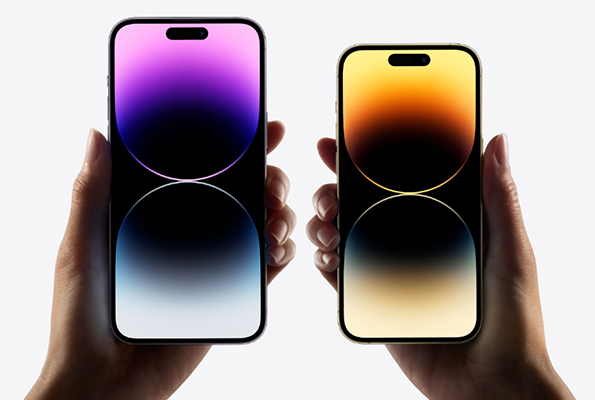 One of the most-anticipated smartphone launches is just over. On September 7, Apple unveiled its 2022 iPhones at an event and there’s already a lot of buzz around it. Will Apple make any significant changes to the design? How good will the cameras be? These are some of the questions swirling around. However, as always, it’s the price of the iPhone that dominated the headline. Here are four reasons why Apple increased prices this year.

Inflation increased the price
Tech experts say, things that were — or rather felt cheaper — now cost more. Almost everything has become expensive, so why not the iPhone? Smartphone makers all around the world have been facing pressure due to inflation, and global economic conditions. Some have pressured it on to the consumers, and some haven’t. Apple may end up doing the former. Also, the dollar has been taking a blow against other currencies, so that might be another reason why the iPhone 14 may end up costing a bit more than what people expect.

Noted Apple analyst Ming-Chi Kuo has already suggested that the iPhone 14 will cost more. Kuo noted that Foxconn — one of Apple’s biggest supply chain partners– has raised its full-year performance to grow from roughly flat. In a tweet, Kuo said that the “estimated iPhone 14 series would increase by about 15% compared to iPhone 13 series to 1,000-1,050 USD.”

The iPhone upgraded cycle has become longer
In the early days of the iPhone, there used to be a clamour to upgrade to new iPhones almost every year. However, over the years, people hold on to their iPhones for longer. Someone who uses an iPhone 12 will perhaps not think too much about switching to the iPhone 14. Why? It is expected that there won’t be any radical upgrades in terms of design and display. Some may argue that even with iPhone 12 and 13 there wasn’t that big an upgrade. Apple has always held an aspirational value and the price does play a critical role in that. So it is likely that the iPhone 14 could cost more.

Does a better iPhone mean an expensive iPhone?
Apple is expected — at least for the Pro models — to significantly improve the cameras of the iPhone. There are also rumours that the notch on the display will be reduced and Apple will go for a new design on the front. In addition to this, there will be more than a few tweaks here and there. So with new features and better cameras, there’s a possibility that the iPhone 14 series will cost more.

There’s a chance that if Apple — rumors are rife about it –.decides to go ahead with the same processor as last year for non-Pro variants then those models may not cost more. However, the Pro variants in all likelihood may end up costing more than the iPhone 13 series.

The winners and losers of the pandemic tech boom